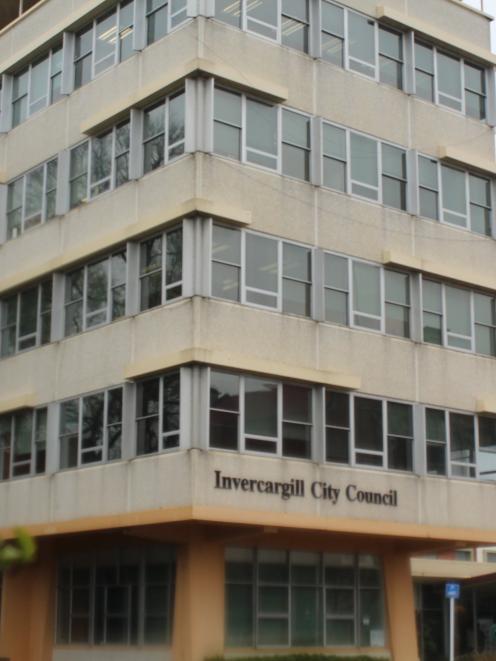 The Invercargill City Council offices. PHOTO: ODT FILES
A bid by Invercargill deputy mayor Nobby Clark to revoke a previous decision made by the city council and join a lobby group to advocate against Three Waters reform has failed again.

In December, the Invercargill council voted against joining the Communities 4 Local Democracy group.

Cr Clark’s second notice of motion was discussed at an Invercargill infrastructure meeting yesterday, where he again asked his fellow councillors to consider the council’s position and join the Communities 4 Local Democracy group.

After a heated discussion his motion was lost, with six councillors voting in support and six elected members plus two mana whenua representatives voting against it.

Before the matter was brought to the table, chairman Ian Pottinger had previously invited Waimakariri District Mayor Dan Gordon — the deputy chairman of Communities 4 Local Democracy — to speak in the public forum of the meeting.

However, his invitation then prompted other people to insist on speaking about the matter.

Cr Pottinger said the matter became too uncomfortable, so both agreed to cancel his public forum. Instead Cr Pottinger read the 10 main points of advocacy of the group.

The debate was heated, with elected members voicing their feelings in the public arena.

Crs Alex Crackett, Lesley Soper, Rebecca Amundsen and mana whenua representative Evelyn Cook spoke against the motion. They did not see a benefit from joining the lobby group, some of them complaining the subject was being re-litigated after an extensive debate in December.

Cr Pottinger said the Government did not listen to the council’s concern in its first submission and would still not listen.

The motion was voted down, although Mayor Tim Shadbolt issued an apology and did not vote on the matter.