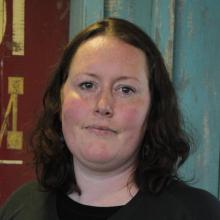 Karyn Owen
Stickering a building if its owner refuses to carry out earthquake strengthening is not going to protect pedestrians in the event of a natural disaster, attendees at a meeting heard last week.

The comment was made by a Southland District Council representative in a meeting on Wednesday after 1500 rural buildings were deemed high risk in the event of an earthquake.

Council building compliance team leader Simon Tonkin said staff identified five areas where harm could be caused to foot and vehicle traffic if parts of unreinforced masonry buildings were to fall in an earthquake.

A total of 149 owners in Otautau, Riverton, Tuatapere, Winton and Wyndham were notified their buildings were unsafe; they would have 12 months to provide an engineer’s report, and 12 and a-half years to fix the problem.

Earthquakes would be a major problem for the towns due to the Alpine Fault running right through Southland.

Cr Karyn Owen said several people in the selected areas told her they could not afford the assessment and were not going to do anything about it.

"They need to know the consequences of that."

Cr John Douglas questioned what would happen to the buildings if owners refused to make upgrades.

Mr Tonkin said nothing more could be done than put a high-risk sticker on it because "that’s the law of the land".

People would then know the risk of walking past the building.

Cr Owen was critical of the consequence.

"Can I just clarify then, because it was my understanding that the whole theory behind addressing the pedestrian and high-use areas was because there could be people standing outside, so how does putting a sticker on a building prevent that?"

Mr Tonkin said it did not but it allowed time for the building owner to change their mind.

Letters would be sent to each owner to inform them of what the next steps were and what funding was available.