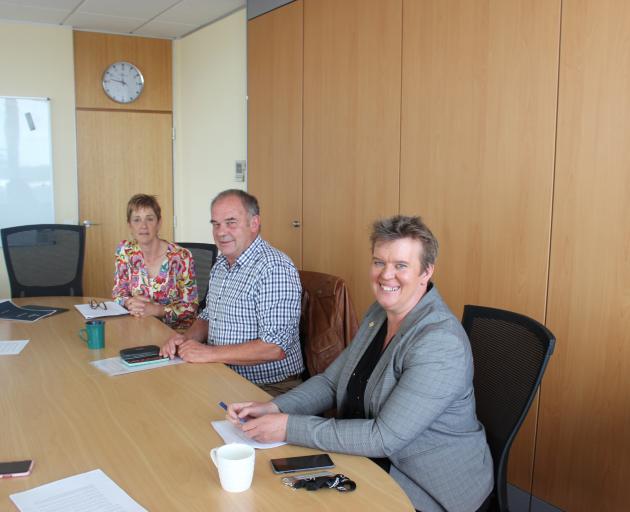 Cr Rebecca Amundsen’s comments were made at a meeting yesterday, to which media representatives from the Otago Daily Times and Southland Times were invited to meet her, independent reviewer Jeff Grant and Invercargill City Council (ICC) chief executive Clare Hadley, to clarify the debate around media protocols passed at this week’s ICC meeting.

At the council meeting, concerns were raised regarding the wording of the protocols, deputy mayor Nobby Clark calling it a gagging order, Cr Lindsay Abbot saying it left him feeling "a little bit sanitised" and Sir Tim voicing concerns about freedom of speech.

"The purpose of that document [the Thomson report] — it said effectively the protocols recognised the right of all elected members to share their views with the media and have differing opinions.

"I’m struggling, as somebody from outside, to work out what a gagging order is because I don’t see it in the protocols and I am somewhat amused by some of the statements I’ve seen since then."

According to Thomson report one of the dysfunctional aspects of the council was the behaviour of councillors, Mr Grant said.

"Too often the councillors were having a slagging match."

Mrs Hadley said the councillors commented negatively in the Thomson report about the use of the media to try to influence outcomes by creating public pressure.

"You guys [the media] wield a lot of power actually and, like it or not, a disagreement is the basis of a good story — it’s an unfortunate thing in human nature.

"Thomson was saying if we were to make that interaction positive and supportive it would actually help the outcomes for the council, elected members and thus, actually, the community."

However, it appeared the protocols had already affected at least one councillor.

Last year, Cr Amundsen said the public’s perception of Sir Tim and his competence was changing.

"There is certainly a lot more critical assessment of the situation than ... before. Not just, I guess, a blind following of Tim," she told the Otago Daily Times at the time.

In a Southland Times article she agreed with a fellow councillor’s description of Sir Tim as a "non-playing captain".

When asked yesterday if she would speak out about him now, her answer gave the impression she would not.

"I think the situation that we’re in now is one where we have got a Thomson report, which lays out the situation that this council is in and has given us some actions we can take in order to work as a council successfully for the rest of this triennium and that’s the thing we need to focus on," Cr Amundsen said.

Mrs Hadley said the introduction of livestreaming of council meetings would allow people to make their own decisions on the way meetings were conducted and how well councillors were performing.

The Thomson report was formulated by Richard Thomson after the council came to the attention of the Department of Internal Affairs. Five working groups were set up, with council staff, councillors and ICC external appointees Jeff Grant and Lindsay McKenzie to address the areas highlighted as issues in the report. One of  the working groups was to develop media protocols.