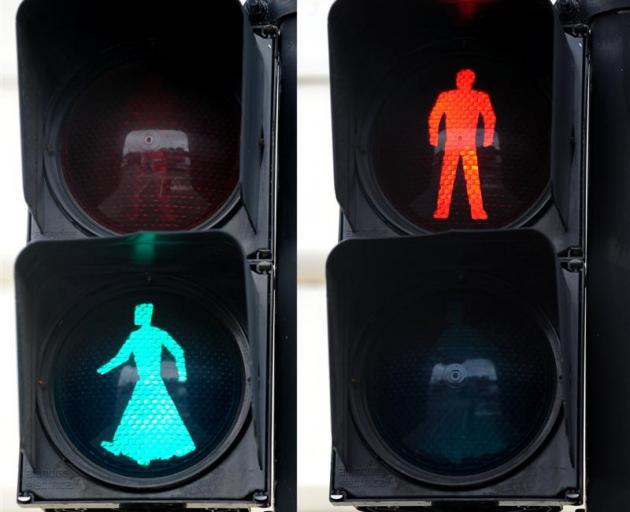 Observed annually on October 15, it is in recognition of the international symbol of blindness and independence.

She considered it to be a regular occurrence to come across a crossing in need of some repair.

Vic West represented the group when he visited the Invercargill City Council in August to inform councillors its concern over the maintenance of audible crossing signals in the city.

His main concern was crossings in the area were not working as they should. Some enabled a longer crossing time when pushed for a certain amount of time, but the audible message to confirm it was OK to do so was variable in how understandable it was, if there was a message at all.

This was a feature he appreciated and was one he would like to see restored.

Invercargill City Council roading manager Russell Pearson said council’s contractor inspected the crossings on a regularly basis, and at that time the most recent inspection was in March.

He explained the extra time to cross was a trial feature in some crossings which involved more components to maintain than the average crossing.

World Sight Day is held on October 14, and this year, New Zealanders were being called to join the #LoveYourEyes pledge, a global challenge aiming for one million eye tests to be completed.

The initiative was launched by the World Health Organisation (WHO) and International Agency for the Prevention of Blindness (IAPB).

There are four pledges people can make via the Eye Heath Aotearoa website: to prevent sight loss, preserve my sight, protect my eyes and prioritise my eyes.

To help in getting tests to those who need them, eye health professionals were also encouraged to pledge their support by offering free eye tests and employers were encouraged to participate, by pledging to get their employees tested so they can work to their full potential.

To celebrate New Zealand’s participation in the initiative and mark the day, an event will be held at the Lands End Boutique Hotel in Bluff.