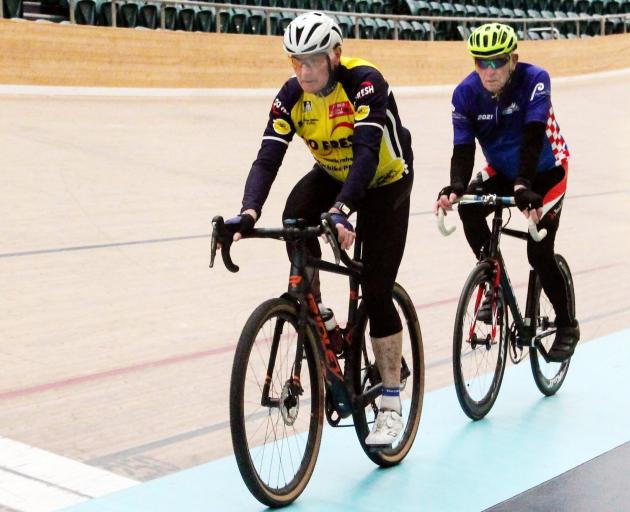 Ray Robinson (front) and Peter Grandiek ride at the ILT Velodrome yesterday. PHOTOS: LUISA GIRAO
It was a triple celebration for an Invercargill man yesterday.

Peter Grandiek not only turned 90 but he cycled 100km at the ILT Velodrome and raised more than $4000 for the Prostate Cancer Foundation.

The 400 laps at the ILT Velodrome did not dent his sense of humour — after he completed the laps he joked he was feeling more like a 100-year-old man.

Mr Grandiek said if his body and health let him, he planned to keep riding until he reached that age.

‘‘I’m not worried about [that] at the moment, but I will keep biking as long as I’m capable of it.’’ 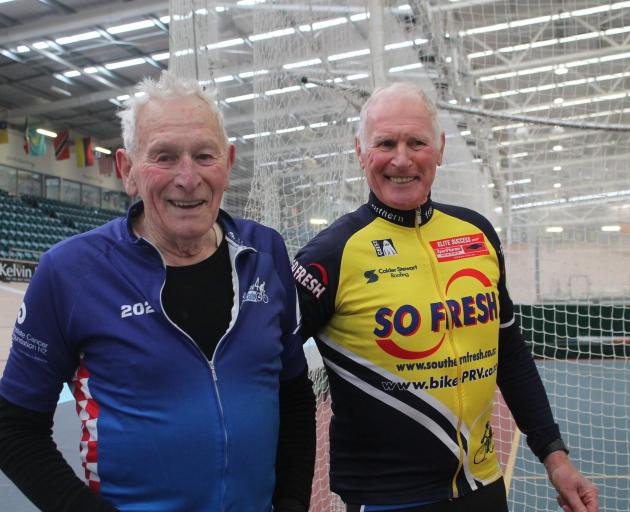 Peter Grandiek (left) and Ray Robinson cycled 100km to celebrate Mr Grandiek’s 90th birthday. PHOTO: LUISA GIRAO
For the past 10 years, Mr Grandieck has been dedicating his birthdays to a good cause, fundraising for charitable organisations.

This year, he decided to ride for the Prostate Cancer Foundation after receiving treatment himself early this year.

He and supporter Roy Robinson took about four and a-half hours to achieve his goal as he had to take a five-minute break each hour to have some fluid and energy drink.

‘‘ Every year, I do something special on my birthday.

‘‘I’m feeling really good. My legs were pretty numb when I finished, but now it is good and I can walk around.’’

After the achievement, Mr Grandiek wished for only two things — having a birthday cake with his family and rest.

Southland Prostate Cancer Foundation board member Trish Wright said it was a ‘‘good effort’’ as he was able to raise more than $4000 for the charity.