Designer brings skills back to Antipodes 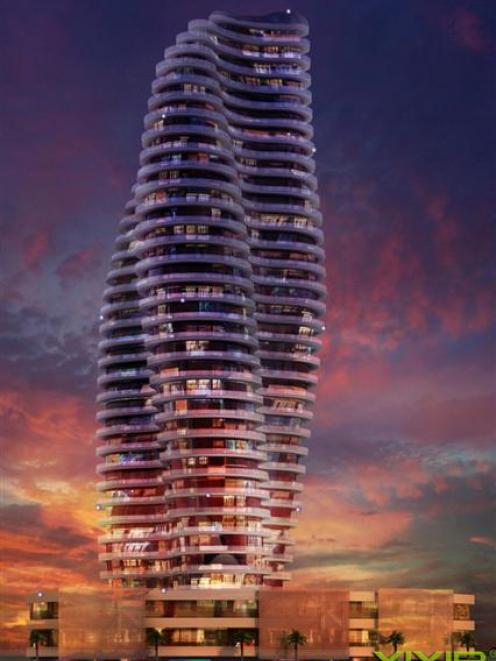 This image was designed for a futuristic hotel design competition that Phillip Tytler’s company, Vivid Consultants, entered.
Phillip Tytler has swapped 40degC heat for 4degC and sun for frost and snow, returning home to Gore after spending three years in the United Arab Emirates.

Mr Tytler, who was brought up on the family farm at Brydone, was one of two men who founded a architectural design concept company in Dubai three years ago called Vivid Consultants.

The company, which had nine employees, designed large projects, some that included facilities for whole communities, complete with hotels, luxury villas and golf courses.

The projects were produced using computergenerated image (CGI) software that allows the client to see the proposed development in all its three-dimensional splendour.

The Dubai office employed staff from the Philippines, India, Syria, Iran and the United Arab Emirates, he said.
‘‘It was a complete United Nations.''

When the company was set up three years ago, Mr Tytler said it was ‘‘quite an open market''.

Massive building projects were springing up regularly and several different companies had since set up offices.
uction site in the world, he said.

‘‘There has been a huge amount of foreign investment and the government had undertaken huge infrastructure projects,'' he said.

Most of Mr Tytler's clients were Arab and they had their own way of conducting business.

They liked to have regular meetings and needed to be updated on the progress of projects. That gave the clients confidence in the company they were dealing with, he said.

Mr Tytler spent quite a lot of time travelling to other countries working on projects.

He would sketch the outline of projects when he was away from the office and send those drawings back to the office and then wait for the computer-generated images to be sent back for the client to view.

However, spending large amounts of time away from his family became increasingly difficult, he said.

‘‘We are hoping to settle down more.''

When he graduated, he went to work in Hong Kong and then it was on to London where he headed a large development project in Park Lane.

While working in Sydney, he met his business partner Kuninish Tran.

The pair still owned their Dubai company but were slowly winding it down, he said.

Mr Tytler described Dubai as a ‘‘very safe'' place to live, as he never felt physically threatened, there were no alcohol problems and the Arab culture was very family-oriented.

However, Mr Tytler said he and his Russianborn wife Anastasia, whom he met in Dubai, decided to return to New Zealand to raise their one-year-old daughter, Sophia. The couple returned to Gore about a month ago.

‘‘It's been quite a busy time; we shipped all the house furniture and the car back here,'' Mr Tytler said.

Mr Tytler has begun to set up a business, which he is calling Antipodes Design. He said the fledgling business would concentrate on small residential and commercial projects.

Initially he would work from home, he said.