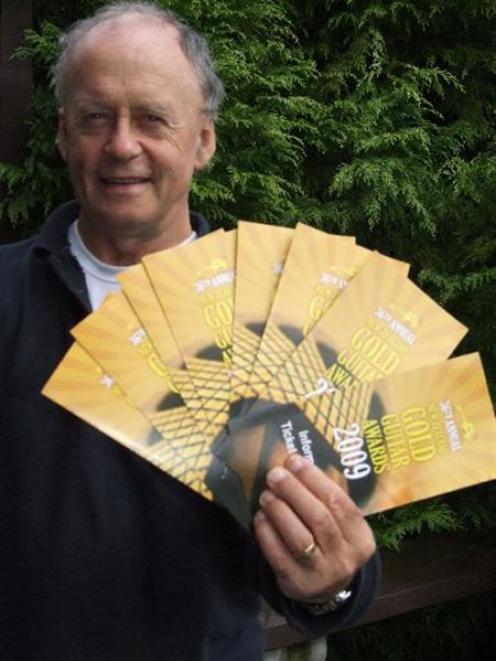 While it was too early for organisers to say how or if the economic downturn would affect the number of competitors or spectators coming to Gore for the event, sponsorship was down slightly on previous years, convener Phil Geary said.

When asked how the economic downturn would affect the awards, Mr Geary said he was unsure. The committee would have to wait and see, he said.

However, there were already confirmed groups booked to attend the awards from northern centres, including Auckland.

Entries for the awards close during the first week in May, so organisers would then be able to gauge if there was any effect, he said.

Last year, the event attracted 470 entries over all the sections, which was up on the previous year when there were about 440 entries, Mr Geary said.

The record number of entries - 560 - was recorded about six years ago, he said. The most popular award sections were country rock and country gospel.

The Gore Country Music Club, which hosts the event, had about six members in the competition.

Mr Geary said it was business as usual for the committee, which had been organising the event since shortly after last year's awards. He had been the convener for 12 years and was still thoroughly enjoying the position.

Organisers were looking forward to a visit this year from the overall 1989 awards winner Dennis August.

Mr Geary said Mr August and a group of friends were coming to Gore for a nostalgic visit.

It was hoped Mr August would compere at some of the auditions.