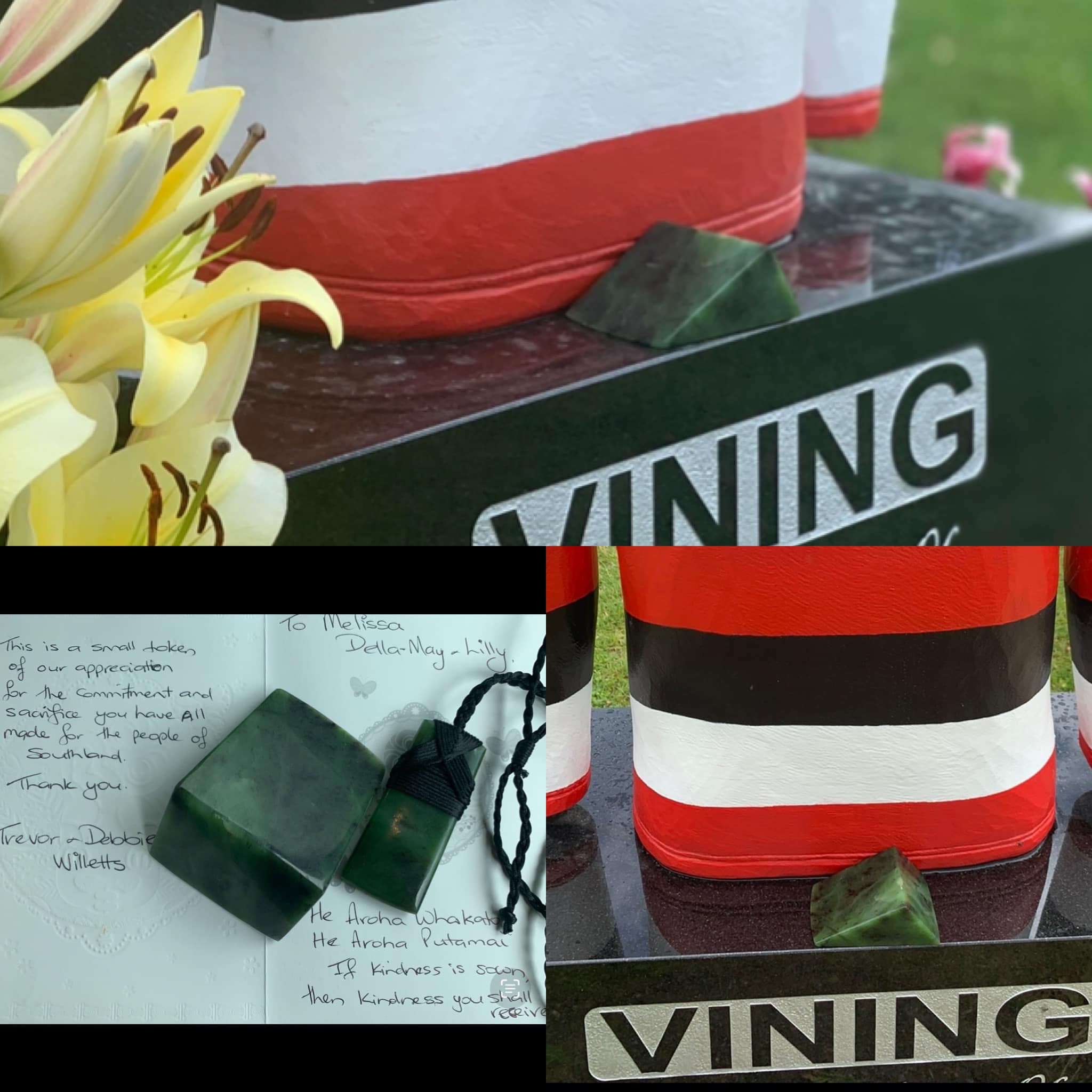 "We are all devastated.  We are shocked that someone would do that," Melissa Vining said.

Mrs Vining has continued spearheading the establishment of the Southland Charity Hospital after her husband Blair (39), died of bowel cancer in October 2019.

The goal of the Southland Charity Hospital was to provide colonoscopies to patients from the Otago and Southland regions.

Earlier in 2019, the Winton couple had presented a petition to parliament, with 140,000 signatures, calling for health care reforms for cancer patients.

The unique and distinctly shaped stone was a gift from a pounamu carver Trevor Willetts.

Mr Willetts said his real feelings about the theft were not printable.

"It's horrific, I just can't get my head around it at all."

Culturally, pounamu was meant to be gifted.

He often gifted pounamu to friends but believed the Vining family were people who deserved recognition for the sacrifices the family had made for Southland and Otago.

Each member of the Vining family was gifted a necklace cut from the same stone, with the additional piece for Blair, which is missing.

Mr Willetts said his gift was given in recognition of the sacrifice Blair Vining had made by spending the remaining weeks of his life fighting for a cause to help others.

"He made huge sacrifices when he could've been doing other things with his life. He chose to do this. Not many people in the world would do that.

"To steal off anyone's grave is just mind-blowing. But to steal from Blair Vining's grave, you don't get a more special human being than that.

"The Vinings were hoping it had been picked up by mistake by something not realising the importance of it.

"But it's a pretty sad thing at an already difficult time of the year for people," she said. 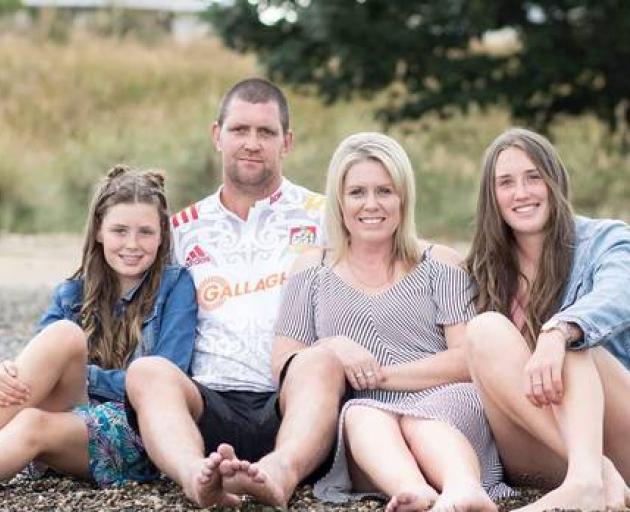 Blair and Melissa Vining with their two daughters Lilly (left) and Della-May. Photo: Supplied
Despite the family's frequent visits to the grave site, they were unsure the exact day it went missing.

"We had only been there a few days before, so we are not really sure when it's gone missing."

She accepted the tractor was replaceable, but the pounamu was not.

The gifts were not secured to the headstone and if it returned, it would remain unfixed - trusting the gift would be respected by visitors to the cemetery.

"I think there are more good people in the world than bad people. I don't feel that people should have to fix things down at someone's final resting place.

"I would be grateful if it could come back.  We are just hopeful someone will just quietly return it to the cemetery." Mrs Vining said.

Waihopai Runaka Kaumatua Michael Skerrett said from a Maori perspective, stolen items became automatically tapu and could bring utu into an entire household of the home it was taken into. Particularly items stolen from a grave site. Getting rid of the stone would not lift the tapu nor remove the utu. It had to be returned.

"No good can come of things by doing things like that."

"Stealing anything is a breach of the right practices.  It's one of those very serious things for Maori, especially taking it from a grave site. That's dreadful."

Traditionally pounamu was blessed before it was gifted.

Mr Skerrett said the kaumatua's would be happy to come and re-bless the stone and lift the tapu, once it was returned to the grave site.