By Valu Maka
0 Comments
Designers with a passion for fashion gathered at the Mataura Licensing Trust Hokonui Fashion Design Awards at the weekend.

"There was a good positive buzz over the two days."

There were 240 entries this year in 11 categories.

Some of the categories included the collections award, the menswear award and the night life award. 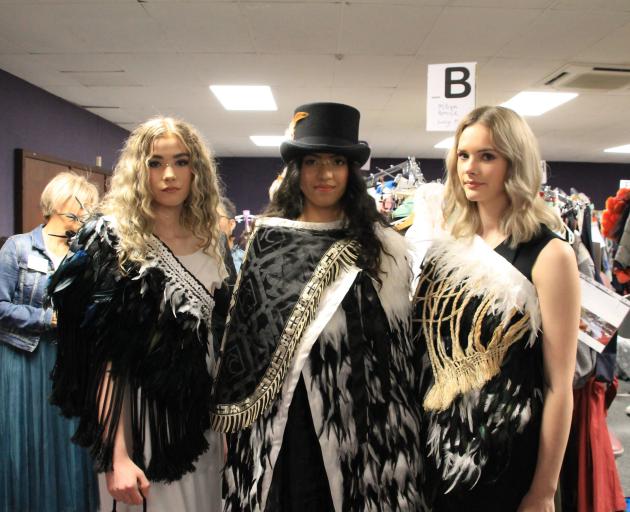 She found out about her success after the gala on Saturday as she had to leave to catch a flight in Dunedin, Mrs Terekhova said.

"I was worried I might miss my flight but finding out I had won, I was baffled. It was so unexpected."

The main motivation for the collection came from her upbringing in Siberia, she said.

"The collection is called Urban Forager. I’ve always been a forager and been into harvesting. So I always collect sticks and berries." 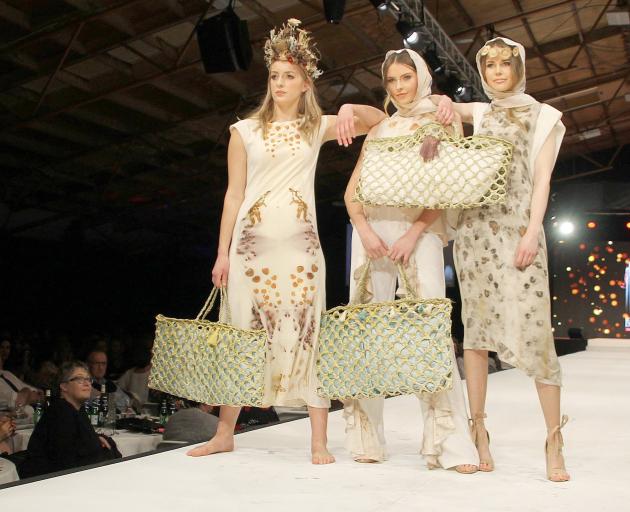 The Urban Forager collection was designed by Arina Terekhova, of Christchurch, and won the Mataura Licensing Trust Award of excellence at the Hokonui Fashion Design Awards in Gore on Saturday. PHOTOS: VALU MAKA

Her kete bags were coloured with environmentally friendly dye, she said.

Mr Dobson said they were looking for individuality.

"We were looking for something new that was well-designed and functional.

"Currently, in the fashion industry, we think it is really important for clothing to be sustainable." 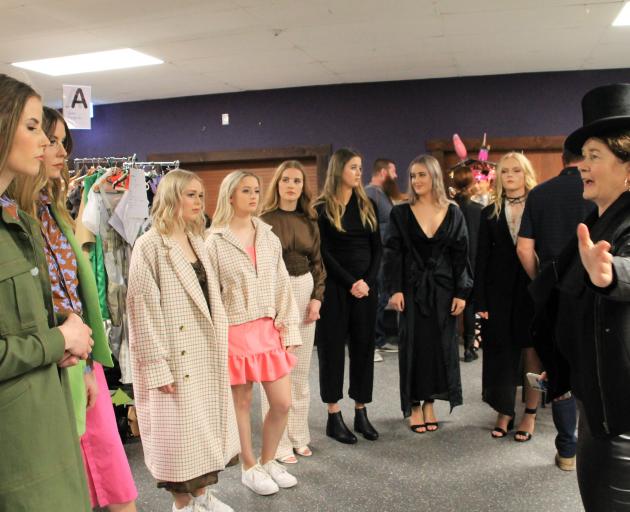 Instructing the models before they went on stage was choreographer Katrina Bristow.

Winner of the menswear open section George Borrie, of Invercargill, was grateful for award.

"I’ve found the [fashion] field can be at times isolating, so you get the impression that there is not much of a place for you once you graduate."

The Hokonui fashion design awards showed the respect local communities held for the craft, he said.

"Especially in New Zealand, there’s not a whole lot of production but it’s great to see that Kiwis and local communities support it and like to see it."