Armillaria novae-zelandiae during day (left) and at night (right). PHOTOS: DAVID HERA
Unusual bioluminescent fungi and a new rust species were among the highlights for mycologists at this year’s Fungal Foray held on Stewart Island recently.

A late-night photo of a group of Mycena roseoflava taken by Manaaki Whenua-Landcare Research and University of Canterbury mycology PhD student David Hera records the first time the bioluminescence of this native New Zealand species has been captured on camera.

M. roseoflava was one of two species collected, the other being Armillaria novae-zelandiae, wood-inhabiting fungi that glow in the dark because of light-emitting compounds called luciferins. It is the same enzyme that gives fireflies and some marine organisms the ability to light up. It is not understood why these fungi have evolved to be luminescent at certain stages of their life cycle.

Since it was first described as a species about 60 years ago, M. roseoflava was not known to be bioluminescent until now. 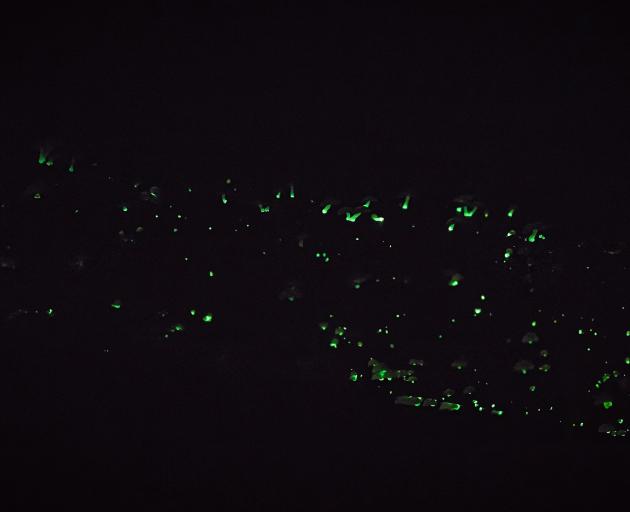 Mycena roseoflava
It is very likely Maori have previously observed their glow.

Mr Hera also captured an image of the bioluminescent veil of the native to New Zealand A. novae-zelandiae. It is only the second known photograph of this species in its bioluminescent state.

Known as harore, or honey mushroom, mushrooms of A. novae-zelandiae develop mainly in winter on dead trees, which the species helps to decompose, returning nutrients to the soil.

Rust fungi are microscopic parasites of plants. Most species are of little economic importance but others, such as the cereal rusts, cause huge economic losses worldwide.

At present, the invasive myrtle rust is a serious threat to New Zealand’s myrtle plants. About 300 species of rust fungi are known in New Zealand. About half of them are native and found almost exclusively on native plants while the other half are introduced and found mainly on introduced plants.

Since it started in 1986, the New Zealand Fungal Foray has been held annually during autumn at different sites around the country. About 40 professional and amateur mycologists attended this year’s event.