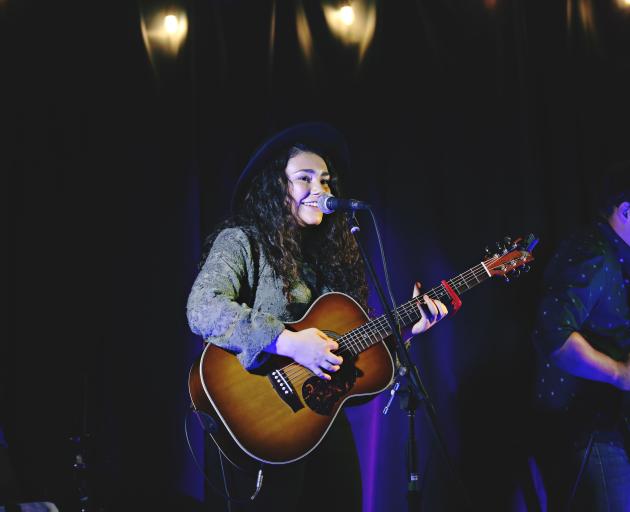 Southland singer-songwriter Jenny Mitchell has been nominated for an esteemed country music award at next year’s Tamworth Country Music Festival in Australia. Photo: Supplied
Gore's Jenny Mitchell continues to blaze the trail and now her deeds are being recognised across the Ditch.

The 20-year-old singer-songwriter has been nominated for an esteemed country music award at next year's Golden Guitar Awards in Australia - a first for a New Zealand artist.

Her 2018 album Wildfires was nominated in the Alt Country Album of the Year category of the awards, which are part of the annual Tamworth Country Music Festival in New South Wales.

Mitchell said it was a significant date on the Australian country music calendar, drawing about 13,000 spectators.

''There'll be more people in the audience than there are people living in Gore.

It was the latest accomplishment following a string of country music accolades in recent times.

She learned of the nomination earlier this week when out delivering Christmas cookies in Gore.

''I stopped in my cookie mobile and listened to the live stream and saw my name pop up which was really exciting.''

She had been juggling performances, awards and touring with English and media degree studies at Otago University.

Earlier this year, she beat stiff competition from Jamie McDell and Tami Neilson to win the best country music artist of the year Tui at the New Zealand Country Music Awards.

''The Tui blew my mind - I've grown up watching Tami win Tuis in Gore, and Jamie is a really good friend of mine.

''It's a really great time to be part of the industry.''

This year, she embarked on her first national tour, playing numerous venues between Invercargill and Tauranga.

In 2017, she won the New Zealand Gold Guitar Awards.

The Tamworth Country Music Festival is to be held on January 17-26.