Hospital was ill-equipped to deal with sailor Covid cases 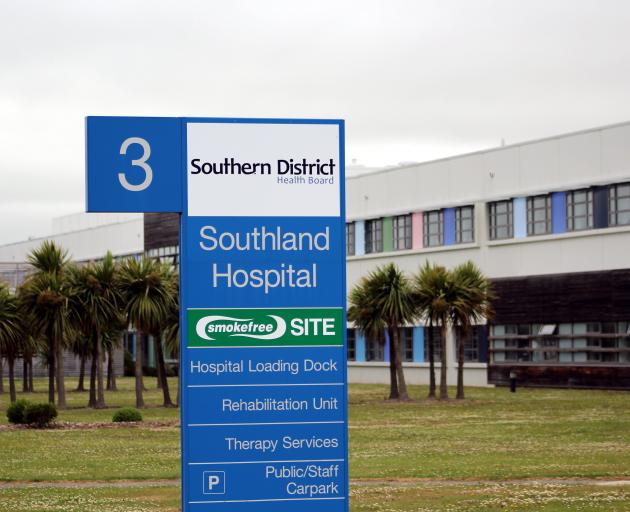 The DHB was already approving a remodelling of the Southland Hospital emergency department, and will consider that proposal again tomorrow. Photo: ODT files
Cost-cutting measures taken 13 years ago meant Southland Hospital was woefully ill-equipped to handle the arrival of two Covid-19 positive sailors.

In mid-July container vessel MS Mattina arrived at Southport in Bluff with two ill crew members aboard, who subsequently tested positive for the Delta variant of Covid-19.

Soon after, two men aboard the vessel needed hospital treatment but upon arrival facilities in the emergency department in Southland Hospital were barely up to the task, Southern District Health Board chairman Chris Fleming said in a report to the board.

The sole isolation room in the department does not have an anteroom - a requirement to keep staff and other patients safe.

The medical ward has four isolation rooms but no anterooms, and hospital staff had to improvise some out of plastic sheeting, Mr Fleming said.

"While the team managed the situation very well, it clearly identified deficiencies in the configuration of Southland Hospital, which is presently being worked through."

Mr Fleming said he was stunned a previous hospital board had removed the anterooms from the plans before redevelopment work 13 years ago.

"[While] Standards may have changed, it is incredible that any planning process endorsed the development of isolation facilities which simply did not meet the infection prevention and control standards of the day.

"Through investigating, I know that the anterooms were in the original plans but they were taken out as a cost saving, against infection prevention and control advice."

The board was already approving a remodelling of the Southland Hospital emergency department, and will consider that proposal again tomorrow.

Mr Fleming said the circumstances of the Mattina cases had been a first for New Zealand and had been complex to manage.

"Debriefs needed to be held to ensure we capture the learnings for the Public Health service locally and nationally, but also for the organisation."

The cases also showed up that the hospital emergency department was not configured so that any Covid-positive patients could be kept away from other patients and staff, something the remodelling work intended to address.

In the medical ward, the arrival of the Mattina crew members meant that considerable space had to be sectioned off to keep staff and patients safe.

"The facilities team are working up plans with a consultancy to propose modifications to bring this up to a required standard," Mr Fleming said.

Both Dunedin Hospital and Lakes Hospital have previously handled patients with Covid-19 without incident.

However, those cases presented during the first Alert Level 4 lockdown, when hospitals were largely empty of patients, whereas Mattina berthed at Bluff when New Zealand was at Alert Level 1 and Southland Hospital was busy handling high numbers of patients with winter ailments.

Most weathered the storm aboard their vessel under strict quarantine, but some were transferred to Christchurch.

"This proved challenging to achieve, due to shortages of nurses across the sector and the competing priorities of Covid-19 vaccinations and testing."

Only taken 13 years to discover this, or just ignored for 13 years? I hope the planners for the new Dunedin hospital take note - short cuts and money saving is always more expensive.