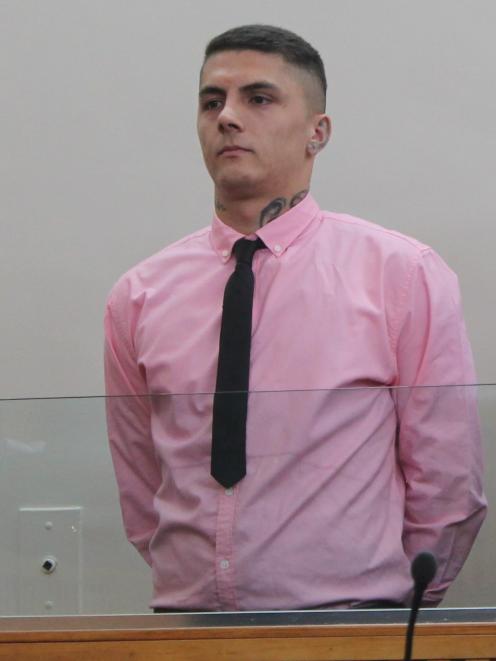 Taine Edwards. Photo: Luisa Girao
"To be brought out of a coma, and be told that Emma has passed away ... it was like someone had taken my heart and literally broke it apart."

Those were the emotional words from the husband of Invercargill nurse Emma Bagley (37), who died in December 2018 following a crash.

Leonard Bagley’s victim impact statement was read in the High Court at Invercargill yesterday, during the sentencing of Taine Rupena Tata Bryn Edwards.

Edwards was found guilty in September of being party to manslaughter by inciting and encouraging the driver to operate a vehicle recklessly.

Edwards was the passenger of Deejay Kane’s car when it T-boned the Bagleys’ vehicle which she was in with her husband and two children — aged 7 and 5 — on December 7, 2018.

Justice Cameron Mander sentenced Edwards to two years and six months in jail and ordered him to pay $12,000 in reparation for emotional harm.

Edwards was also disqualified from driving for three years.

Mr Bagley wrote in a statement, read by Crown prosecutor Mary-Jane Thomas, he constantly thinks about how things might be different if they left their home earlier or later that evening.

"I have lost the love of my life, and my children their mother due to the selfish actions of someone else.

"To not be able to say I love you, to say goodbye or attend her farewell has been incredibly painful for me."

Emma’s father, Bruce Duncan, became emotional while he read his statement to the court — he said since the accident, he and his wife had to endure a situation which "no parents or grandparents should ever have to suffer".

One day after the crash, he had to sit and explain the situation to the two children.

Telling them that their mother had died and their father was in a serious condition at the hospital was "no doubt the most challenging" thing he had had to do, he said.

"Having never experienced the death of anyone in their young lives, the children had great difficulty in dealing with and understanding the reality of what we were telling them.

"We will hear the guttural screams of those two precious children until the day we die."

In it, he said he was deeply remorseful for his actions.

"I can’t say I felt the heartbreak of losing my soulmate, kid’s mother, or best friend but I often think to myself, imagine if I lost my partner ... and someone hurt my whanau, how I’d feel angry, shattered and lost."

He said he had nightmares about the crash and "not a day goes by" where he does not think about the effects of the crash on the Bagley family.

"I believe that is something I will live with for the rest of my life."