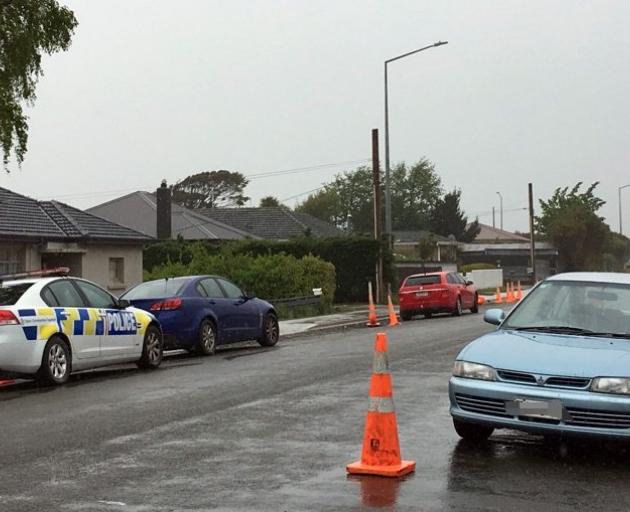 Armed police stand outside a South City property in Invercargill, where a man was found with an apparent gunshot wound. PHOTO: ABBEY PALMER
An Invercargill man denied a charge of attempted murder after he allegedly shot another man last year.

Joel Maikara Amohanga (29) appeared  by audio visual link in the Invercargill High Court today where he is accused of attempting to murder Kane Harris Joseph Johnston-Walters on November 9.

Those counts were transferred to the High Court and Amohanga denied all charges brought against him.

Crown prosecutor Mike Mika said to Justice Cameron Mander the threatening to kill and assault counts were in relation to a different complainant than Johnston-Walter.

However, all matters will be heard at High Court.

The appearance followed an incident last year in which police and the armed offenders squad were called to an address in Brown St, Strathern.

There, they found a man with an apparent gunshot wound.

A jury trial was scheduled to February next year and Justice Mander remanded Amohanga until his next appearance in May.