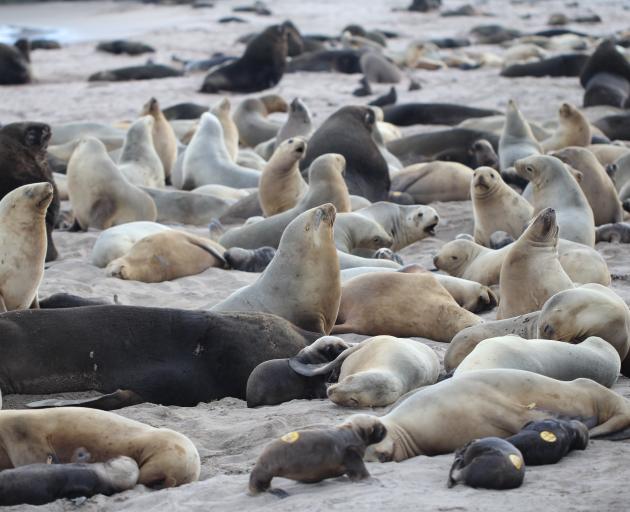 Otago Daily Times reporter Laura Smith dived into the deep to speak to those involved.

Once hunted for their skins, the New Zealand sea lion population has never been able to recover.

Among the rarest sea lion species in the world, its breeding occurs mostly in the Auckland Islands, and while the islands are surrounded by wild and unforgiving ocean, the pinnipeds still face many challenges.

From disease to human impact, there are plenty of threats to face, but a five-year threat management plan created in 2017 aims to guide the recovery of the nationally critical animal.

It is aimed at halting the decline of the population within five years and ensuring it is stable or increasing within 20 years.

While there are several factors that have an impact on the population, one of the plan’s objectives is for disease research to yield answers to inform recommendations to reduce pup mortality from Klebsiella pneumoniae. 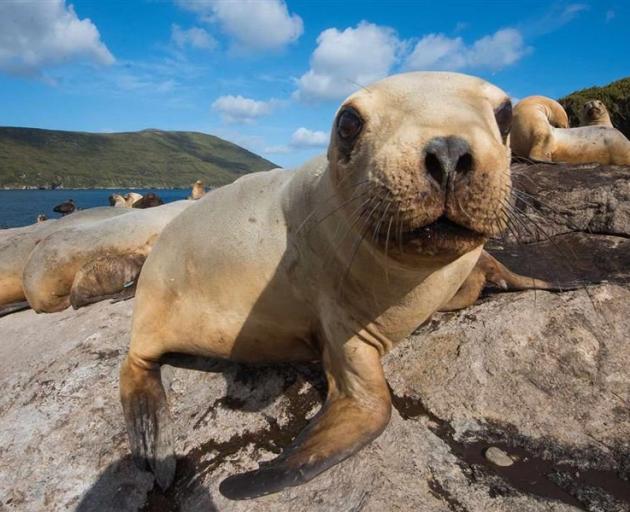 A five-year plan started in 2017 aims to stabilise and grow the New Zealand sea lion population. PHOTO: DOC
Having spent five seasons on Enderby Island, wildlife vet and PhD student Dr Sarah Michael, from the Sydney School of Veterinary Science and Massey University School of Veterinary Science, has been key to research looking at how a deworming drug could help reduce pup mortality significantly.

Her first season there captivated her interest.

Sea lions in particular had plenty of character, she said, and it was seeing first-hand through necropsy the fatal effects the bacteria had that spurred her to help.

"That motivation brought me all the way through my PhD."

She explained the team had known before the research that lots of pups — about 60% of those on Enderby Island — died of Klebsiella infection.

"It was a pretty big target for looking at what the main risk factors were for that happening."

Ivermectin was one of the main tools they had looked at.

"Which you probably know now as a crap Covid cure. It’s actually a dewormer for animals."

The drug, which is typically used to deworm livestock, has been touted by those opposed to Covid-19 vaccines as a treatment for the coronavirus.

Ivermectin has not been proven to be either safe or effective for treating Covid-19, and Medsafe and the Ministry of Health strongly recommend that it is not used for prevention or treatment of the virus. 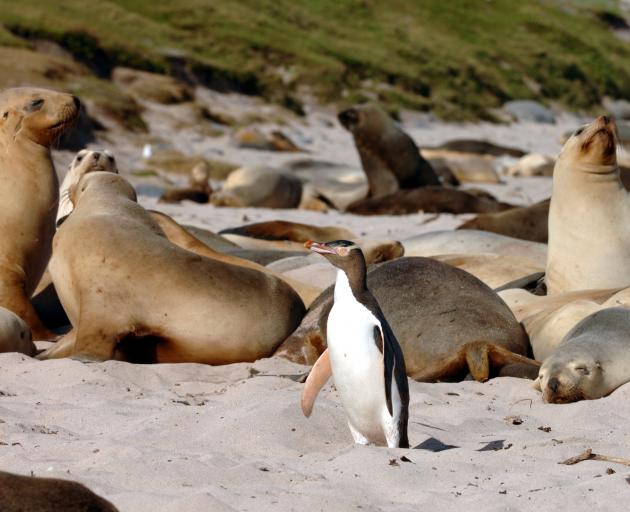 A yellow-eyed penguin passes New Zealand sea lions on the beach at Sandy Bay on Enderby Island. PHOTO: STEPHEN JAQUIERY
In the Enderby Island sea lion work, although ivermectin did not directly affect bacteria, it was removing hookworms from the intestines of pups and with them, the associated damage that the bacteria were thought to be using to spread to the rest of the body, Dr Michael said.

The pups could still be infected in other ways, such as via the respiratory tract or through wounds.

"I’m hoping we can implement the ivermectin treatment as an intervention ... the main aim was to find something feasible."

It was relatively cheap and easy to implement, which was fairly important considering the inclement weather conditions researchers often worked in.

She was proud of the research and the findings.

"I’m really glad we could find something useful."

Slightly less than two decades ago there had been multiple epidemics that killed sea lion pups and, subsequently, research had begun into K. pneumoniae and how many pups were dying.

In the first instance there had been mass die-offs, but then it had become more endemic in the population.

"It happens every year and there are a certain number that get sick of Klebsiella and die."

The sickness was virulent.

It was not understood whether it could be survived, or if there were factors that made a pup more susceptible to catching it.

As those knowledge gaps had to be filled, the department had supported the recent research.

"She [Dr Michael] had a very well put-together programme. She did loads of work, and essentially had what is called a case-control study."

For every pup that died, Dr Michael had performed a necropsy, and taken samples and measurements. 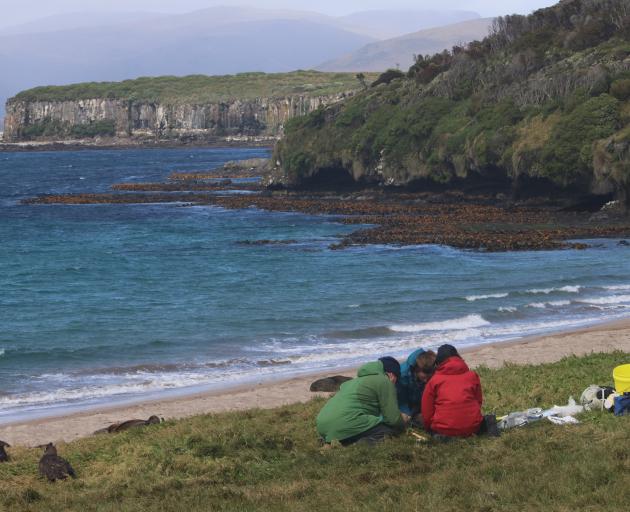 Research on Enderby Island has shown ivermectin could significantly reduce New Zealand sea lion pup mortality from Klebsiella pneumoniae. PHOTO: SARAH MICHAEL
Using all the information, she had teased out what factors might cause a pup to be more susceptible to the disease and if it could be battled.

"Part of that was wanting to test ivermectin, because there had been suggestions before that it could potentially help," Dr Boren said.

A selection of pups had then been dosed as part of the study, and it had become apparent the pups treated were indeed less likely to die.

She said the margin by which it helped might be small, but it was hoped to be enough to improve survivorship in the population.

"If fewer of the ivermectin-dosed pups died, that’s a good thing. Ideally, what we would do from here is set up a very similar study for another three years."

Dosed pups would be monitored to ensure the drug was having the desired — and expected — effect.

That would not happen this year due to the Covid-19 pandemic, but would be done in the near future in discussion with Dr Michael and her co-authors of the paper "Risk Factors for New Zealand Sea Lion (Phocarctos hookeri) Pup Mortality: Ivermectin Improves Survival for Conservation Management".

It was a no-brainer, Dr Boren said, and the longer the work was undertaken, the more data would become available.

"If Klebsiella is an issue in other colonies, and if it were something to crop up on the mainland, the actual treatment if ivermectin does work is really easy for us to do here."

There was no vaccine for Klebsiella.

"When we first started talking ‘What can we do?’, a lot of people were like, ‘How hard is it to develop a vaccine?’ ... well, that is something that could take several millions of dollars and several years to get in place."

She had found it interesting to see the effort and money that had gone into Covid-19 vaccines in a short time.

"That was a huge investment in a global pandemic.

"I thought that was an interesting reflection, you know, that’s what it took to develop something that fast.

"We’re not going to get that for sea lions, sadly."

A review of the threat management plan would be undertaken next year, and would include how things had changed, if there were new threats and whether any threats had been reduced.

Ivermectin is one of the World Health Organizations top rated drugs after all. We need to help as many seals as possible so it's not a waste of that rating