Joining rugby team not quite by the book 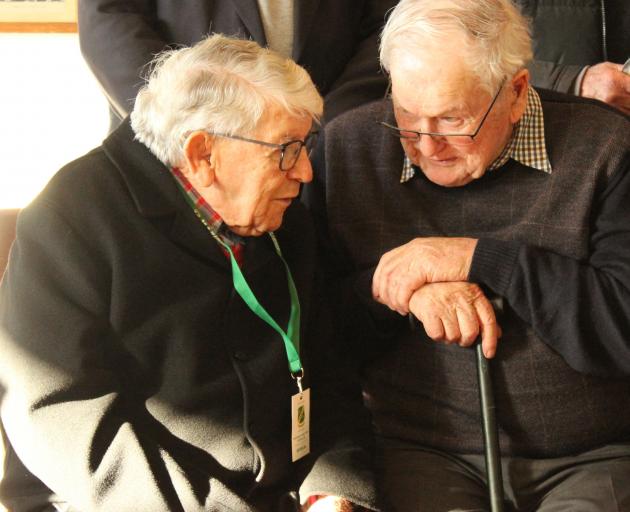 Mr Fahey, who played for the club from 1948 to 1962, was at the Marist Rugby Club centenary celebrations yesterday.

His daughter, Francine Tohill, said when a Marist brother at school asked her father to play rugby, he said he could not as he had to milk the cows after school as well as do his homework.

"The brother rang his mother and said that Dad wouldn’t get any homework if he played for the team," Mrs Tohill said.

The most memorable moment in Mr Fahey’s rugby career was in 1957, in a game against Bluff.

"We knew if we won that game we would win the competition [Galbraith Shield] with still one game to play," Mr Fahey said.

They did win it, and although it was a momentous occasion, he did not have time to stop and join in the celebrations with his team-mates.

At the time, former All Black Bill McCaw was coaching the team.

"He was a guy you took notice of," Mr Fahey said.

"He was a real gentleman."

Mr McCaw, who played and coached at the club between 1948 and 1978, attributes his national selection in part to the coaching he received at the Marist Rugby Club.

"My first coach here [in 1948] was Noel Forde and that was when the Marist club won the competition that year.

"He taught me how to cover defend and that’s what really got me through to the All Blacks. I maintain that Noel Forde was one of the best coaches."

About 300 past and present players joined in the celebrations over the weekend, which included games at the club grounds and Rugby Park, an informal night at the clubrooms on Saturday, Mass at St Mary’s Basilica yesterday and a formal dinner at the Ascot Park Hotel last night.

"The turnout has just been phenomenal."