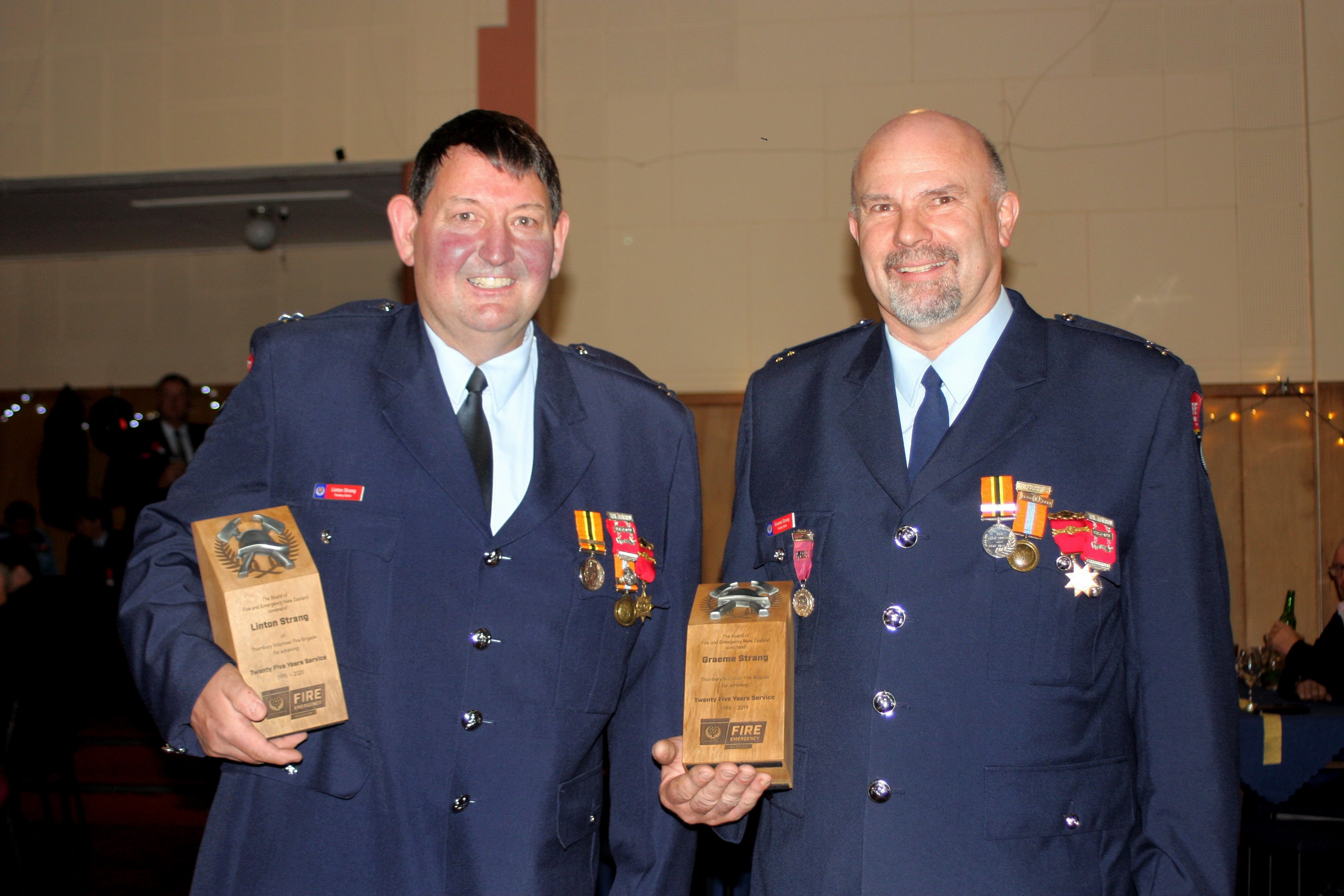 Thornbury Volunteer Fire Brigade Gold Star recipients Linton Strang and Graeme Strang celebrated their achievement on Saturday evening with fellow volunteers and members of Fire and Emergency New Zealand staff. PHOTO: TONI MCDONALD
Earning a 25-year Gold Star service medal with the Thornbury Volunteer Fire Brigade was not easy or cheap for Graeme Strang and his cousin, Linton Strang, who faced being dragged out of bed on a freezing night, putting the business on hold, or having meals go cold.

Graeme and Linton Strang, of the Thornbury Volunteer Fire Brigade, were presented with Gold Star medals as well as life memberships in Thornbury on Saturday night.

"You get up at stupid-o’clock in the morning to go to incidents. Sometimes it’s not that pleasant. But it’s your little bit for the community as well.

"The [rural] communities rely on the volunteers  - not just us either. It includes all the other services as well."

United Fire Brigade Association past president James Walker said only 6% of volunteer firefighters will ever received a Gold Star medal, awarded to recognise contributions made to fire and emergency services.

Both recipients said it was the camaraderie within the brigade and the pleasure of serving the community and was what kept them there for so long.

"If communities didn’t have volunteers, they woudn’t happen.

Graeme Strang, who lived in the area most of his life and was the owner of the Waimatuku Garage, said he ended up in the brigade after he was roped into the competition team.

Linton had been with the Thornbury team for most of the 25 years, but had also completed brief stints in Queenstown, where he continued to volunteer with the Queenstown brigade while he worked on the SS Earnslaw as a boilerman.

Life membership was also awarded to the pair during the evening.

"They can’t get rid of us now," Graeme said.

Other medals and certificates awarded