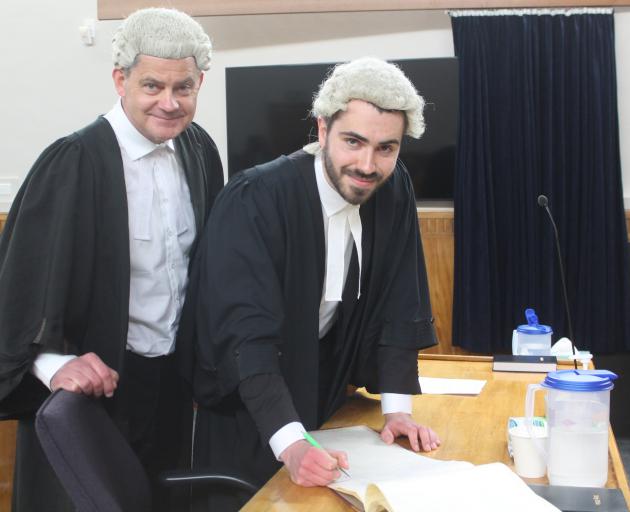 Lawyer Malcolm McKenzie swears in his son, William, as a barrister and solicitor in the High Court at Invercargill yesterday. PHOTOS: LUISA GIRAO
An Invercargill lawyer says the emotion at seeing his son being welcomed into his profession was bigger than when he was admitted to the bar more than three decades ago.

William McKenzie was admitted to the bar by his father Malcolm McKenzie in the High Court at Invercargill yesterday.

William said it was a very happy moment; he had worked a long time to reach this point.

‘‘I’m really happy that my dad is the one welcoming me in [at the bar],’’ William said. 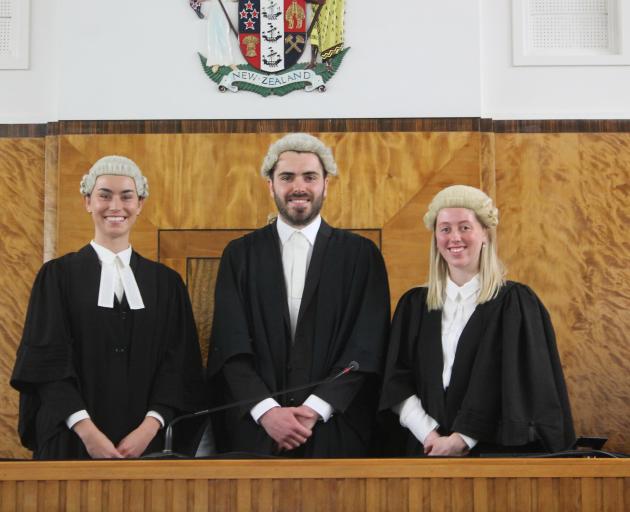 Lawyers (from left) Charlotte Whitaker, William McKenzie and Alisha-May Perkins were admitted to the bar at a ceremony in the High Court at Invercargill yesterday.
Malcolm was pleased with his son’s achievements.

He was admitted to the bar 36 years ago, in Dunedin.

It was still the same kind of atmosphere, with family celebrating.

William had been working at Malcolm’s law firm, Hewat Galt Lawyers, since 2013 when he began as an after-school office junior.

Since then, he had worked in the holidays while studying at the University of Otago.

He would work for the firm now.

‘‘It is great to have William there — he is just a bit smarter than me,’’ Malcolm joked.

Lawyers Charlotte Whitaker and Alisha-May Perkins were also sworn in at the ceremony yesterday.