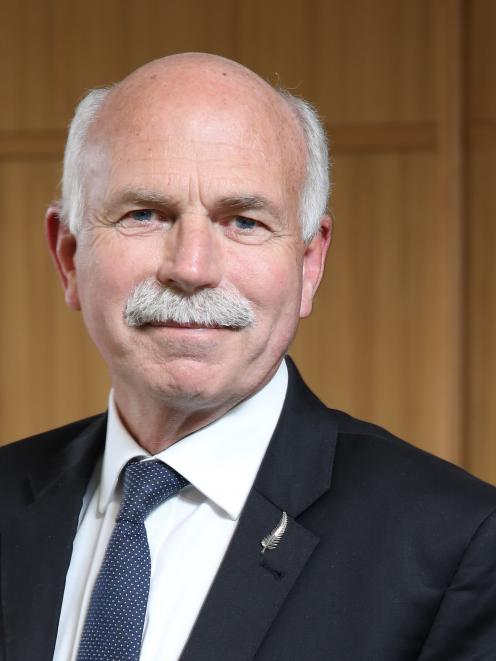 Tracy Hicks is Gore Mayor for a sixth consecutive term, following his unopposed election yesterday. PHOTO: GORE DISTRICT COUNCIL/SUPPLIED
Two long-standing southern mayors have paid tribute to their wives and families, as they look set to assume their chains of office unopposed once more.

Gore Mayor Tracy Hicks was elected for his sixth successive three-year term when nominations closed at noon yesterday, while Clutha counterpart Bryan Cadogan stepped up for a fourth term.

Mr Cadogan (59) said the news had left him feeling emotional.

"Special thanks are due to my wife Ally and my family.

"This position means the world to me. I won't be backing off what's been a life goal to realise the vibrant future we're on the brink of unfolding here in Clutha."

Mr Hicks (67) echoed Mr Cadogan's tribute to his family, saying he was "humbled and a little relieved" to be re-elected unopposed.

"I love the job and I love the district. I want to make sure I do my bit to ensure this is a place for all our grandchildren to thrive long into the future."

Five new and eight incumbent candidates will stand for 11 council positions in Gore.

In Clutha, five of the eight council wards were decided without contest.

Catlins and Lawrence-Tuapeka wards' single vacancies will each be contested by two candidates, and Bruce ward's three vacancies by four.

Other wards remain unchanged, except Clinton, where former councillor Jo-anne Thomson replaces incumbent John Cochrane; and Balclutha, where Wayne Felts will replace Rachel Jenkinson, who has stepped down.