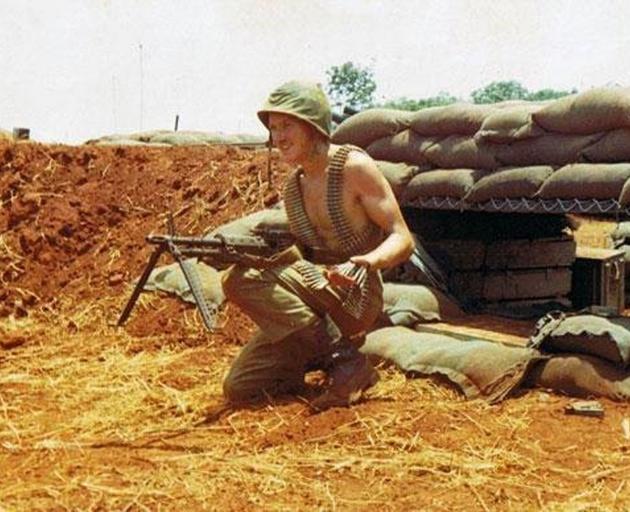 Then gunner Ian Beker with an M60 machinegun. Photo: Supplied
The realisation it has been 50 years since he returned from serving in the Vietnam War brings back mixed feelings for Ian Beker. 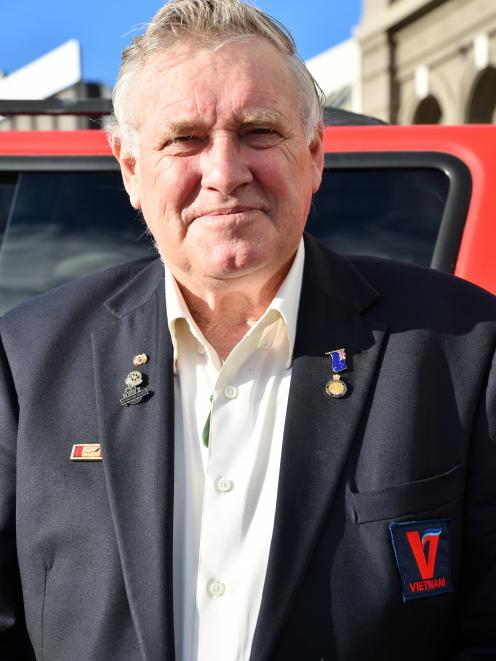 Mr Beker says the 50-year anniversary of his arrival home from the Vietnam War brings mixed emotions. Photo: Laura Smith
In recent weeks the Awarua Returned and Services’ Association president has been looking back at his time there.

The end of May marked five decades since 161 Battery, Royal New Zealand Artillery withdrew from Vietnam, and Mr Beker pondered over photographs.

With anecdotes aplenty, he recalled the effort required at Fire Support Base Toby.

This was his second-last support base before returning.

Mr Beker acknowledged the controversy of New Zealand’s involvement in the Vietnam War but said he had no regrets serving.

"I’m proud my country honoured their word. They had a treaty, they were asked to go and they honoured that treaty."

Protests were personal. There was a depth of hatred he only experienced from the public one other time, during the Springbok Tour of 1981.

"My mother got letters I was bayoneting babies and doing nasty stuff.

"People say, ‘Oh, move on’, but it’s very hard to forget something like that."

He first enlisted in Invercargill, asking for a job posted as far away from home as possible.

This was Papakura, where the gunners were based.

After basic training he headed to Waiouru, then to Fiji on an exercise after his mother signed papers for his active service.

The first three days comprised of orientation, including getting to know the M60 machinegun.

Fresh-faced soldiers were taken to a test-firing pit, and told to fire the belt off to get a feel for it.

Hands bracing his shoulders down, he did so, the barrel lifting into the air.

He became No2 on the gun, the one to pull the trigger.

His deployment was cut short six months in, when the government brought them home.

When thinking back on his service, he described the experience for his young self as the ultimate high.

"It was you against the nasties. They always depersonalised the enemy ... they weren’t people."

Memories of less comfortable experiences remained with him.

"One bad thing I always remember was when we were doing a clear and control one night and we came across a guy with one leg.

"He had a crutch and was hopping along but was out after curfew."

He was searched and electric cable was found, along with batteries and packaged powder.

"So they took his crutch off him and kicked his a... all the way back to the village on one leg. I’m ashamed about it now but at the time I was more concerned about someone getting snotty and taking a potshot at us."

He was 38 when he retired, having achieved the rank of warrant officer.

In Invercargill, he became the general manager of Southland Disability Enterprises, where he felt he had a rewarding 25-year career.