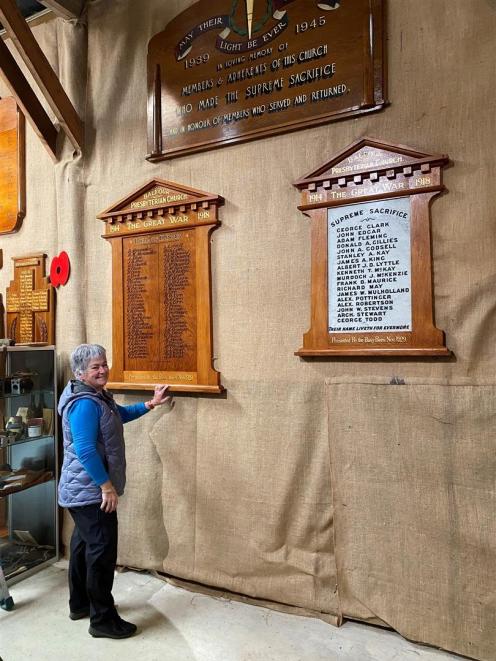 She has helped find and restore more than 420 memorials over 30 years.

An Army Headquarters plaque created as a tribute to Sergeant Marjorie Stout, of the New Zealand Women’s Army Auxiliary Corps, has gone missing.

Sgt Stout was killed as a result of a collision between an army truck and a train on April 7, 1943. A ceremony to unveil the plaque was held in 1944 by the Rev C.J. Tocker. She was one of the first sergeants, Mrs Robbie said.

"If we’re unable to find this missing plaque, it will mean this part of history will be lost."

She had spoken to Invercargill City Council library staff, the Invercargill RSA and members of the military to see if she could gather further information, and now was calling out to the community for information.

"All we are looking for is where is the plaque and, what does it look like because we have no photos of it," she said.

She had received word that the plaque was missing after Palmerston North historian Aaron Fox sifted through records and found information about the lost memorial two years ago.

The memorial used to be at the entrance of the Invercargill A&P Showgrounds, where the drill hall burnt down in 1976.

"So did the plaque go up in the fire? We just want to know more information."

These memorials were important to preserve and restore as they were a part of the community, she said.