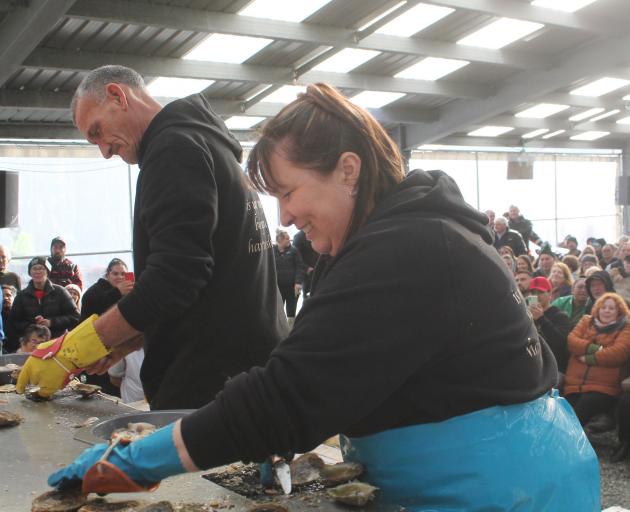 The Bluff Oyster & Food Festival organising committee met recently to discuss the event, amid the threat of Covid-19 outbreaks and subsequent possible rapid changes to the traffic light settings.

They voted unanimously to cancel the 2022 festival, which was scheduled for May 21.

Festival chairman John Edminstin believed it would be “irresponsible” to host the event, considering it would bring large numbers of people from all over the country to Bluff in uncertain times.

“We had hoped to be further along with our site developments and if the Club Hotel could have been demolished, we would have more space to allow better social distancing," he said.

“Increased compliance costs in a time when events may need to be cancelled after those costs were outlaid in advance were also a factor in the decision."

The festival draws a capacity crowd to Bluff each year, with tickets for the 2021 event selling out in under one hour.

While the festival was first held in the 1990’s, the current committee ran its first festival in 2008 and now organised 13 successful events.

In 2020 it was cancelled  as New Zealand went into lockdown due to the pandemic, but came back as strong as ever in 2021.

The festival's committee was due to make an announcement regarding ticket sales for this year’s event next month, so no tickets had yet been sold.