Not guilty verdict in manslaughter trial 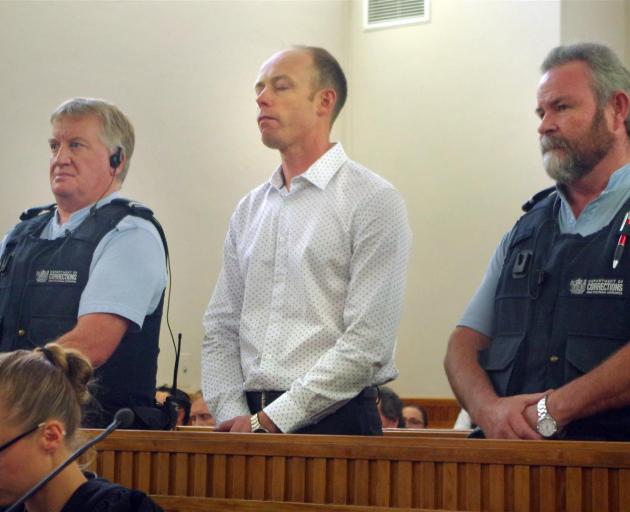 Nathan Graeme Hall reacts the moment it was announced that the jury had returned a not guilty verdict in relation to the manslaughter charge that he faced in the High Court at Invercargill. PHOTO: GIORDANO STOLLEY
A man found not guilty of manslaughter in Invercargill says he has no words to describe how he feels after the verdict.

Nathan Graeme Hall was charged in relation to a death on February 10 last year, when Chanel Lee Simmonds, also known as Chanel Henwood, died during a party at the Marist Old Boys' Rugby Football Club.

After about two and a-half hours of deliberation yesterday, a jury in the High Court at Invercargill found Hall not guilty.

Hall's family and friends seemed relieved, but one of the members of Mr Henwood's family collapsed and left the court when she heard the verdict.

Outside the court, Hall said he was prepared to accept any decision of the jury.

"I felt - I don't know - I already decided that I was OK with what happened or any decision. I only feel respect for the situation and for the other parties."

He left the court holding Kenneth Sandford's book Mark of the Lion: The Story of Capt. Charles Upham VC and Bar, which tells the story of the New Zealand war hero, who spent part of his life in prisoner of war camps.

Counsel Roger Eagles said it was a relief for Hall and his family.

The trial in the High Court started on Monday before Justice David Gendall. The Crown called 29 witnesses during five days.

Crown lawyer Rikki Donnelly, in his opening statement, said the trial would focus on an incident which happened near the dance floor when Mr Henwood allegedly made a comment "to or about" the defendant's partner.

Mr Donnelly said Hall had responded to Mr Henwood because of want, not because he was under a threat.

He said an autopsy found Mr Henwood suffered a tear in a major artery which resulted in blood loss to the brain stem.

Mr Eagles said his client's action could be described as "self-defence" and he behaved as "any Kiwi men would behave in the same situation".

Mr Eagles said Hall was confronted by a man "affected by liquor" and thought he was "under attack."