A former Southland woman who trained as a nurse in Dunedin didn’t tell her parents she was caring for British Prime Minister Boris Johnson — until he outed her. 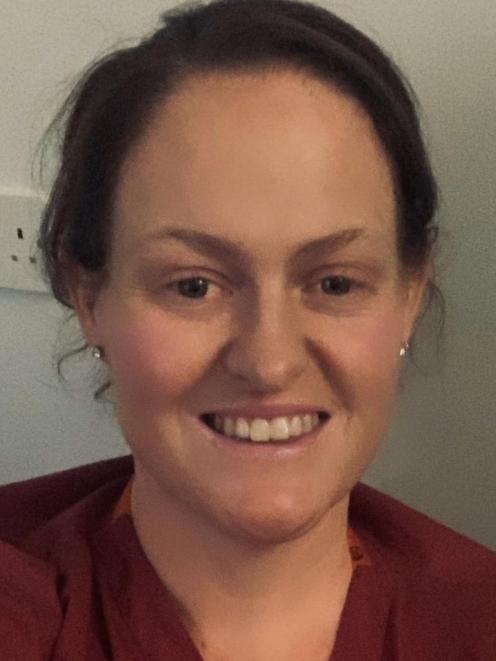 Jenny McGee
St Thomas’ Hospital nurse Jenny McGee made worldwide headlines yesterday after Mr Johnson singled her and another nurse out, for the life-saving care he received from them while in the London hospital’s ICU fighting the Covid-19 virus.

Yesterday, Ms McGee’s father, Mike McGee, said despite the family pressing for information, knowing Mr Johnson was in the hospital where she nursed, she had remained tight-lipped.

"It was always on the cards that someone with her seniority would be somewhere around about where the prime minister was.

"We would sort of ask obvious questions. There would just be silence at the other end of the line and you would just draw your own conclusions."

It was only during a call from her at 5am (NZ time) yesterday she let them know.

"All of a sudden this morning she said you’d better turn the TV on because he’s gone out and told the world who was nursing him."

During the call she told her parents media had been on her doorstop in London but she had made it to her nightshift.

Mr McGee said it was hard knowing their daughter was at the frontline dealing with the worst Covid-19 cases.

However, during a visit to Nelson last month, she reassured them.

"She said: ‘Look, Mum and Dad, we train for this; we’re all set up. It’s my job — I do it every day. I try and save people’s lives, get them well and get them out of the hospital again’."

Ms McGee grew up on her parents' farm in Edendale. She attended high school both at Menzies College, in Wyndham, and Verdon College, in Invercargill, before heading to Dunedin to study nursing.

"To be fair that [studying nursing] was not easy for her.

"She needed a lot of encouragement to get across the line but since then she went on to do six years at Royal Melbourne Hospital and now she’s done eight years there in St Thomas’ and moved up the ranks to sister," Mr McGee said.

He was certain that regardless of whom his daughter was looking after, she would treat them in the same way, Mr McGee said.

"She would give the same level of care to whoever it is that’s in that bed needing care and that’s what we’re so proud of."

Mr McGee said his daughter had a "lovely personality" and related well to patients and families who were coping with their loved ones being ill.

"We also grieve for her at times when she can finish a 12-hour shift where she’s nursed someone who needs intensive care and when she comes back for the next shift, that person might have died, might have moved back to the general ward, or might still require her services.

"So it’s like this ability to do the job and then switch off and go home. It’s a little bit different to what most of us do every day of the week."

Their daughter had also been quick to offer lockdown advice to him and her mother, who were both approaching 70 years old, Mr McGee said.

"She’s got that message home loud and clear for what she’s dealing with and seeing in the hospital over there."

For now, he hoped his daughter just enjoyed the moment, Mr McGee said.

"But at the end of the day, tomorrow she’ll be back doing her shift again."