One dead, 9 injured after van crashes into river 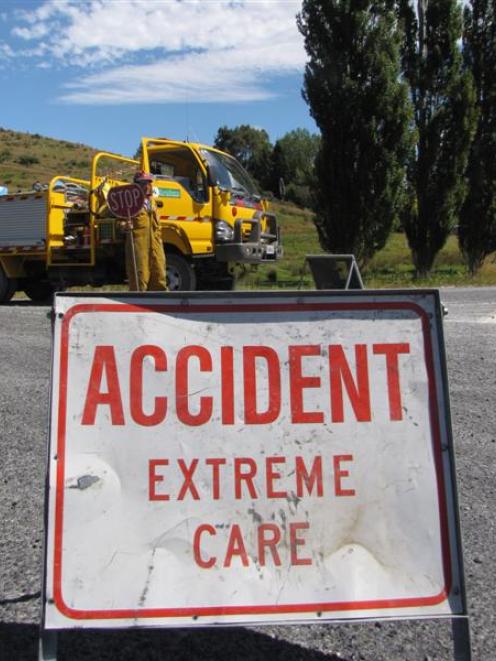 The driver, a 59-year-old Hong Kong man, was killed and the other nine occupants injured when their van hit a bridge barrier, left the road and crashed into the Mataura River.

Seven were taken to Southland Hospital, Invercargill, and the other two to Dunedin Hospital.

The crash happened about 4km along Nokomai Rd near Athol, about 30km north of Lumsden.

Senior Sergeant Brian Benn, of the Southern District Command, said the man's 52-year-old Canadian wife, two teenaged daughters and sister were among the nine passengers who managed to help each other scramble out of the vehicle.

The passengers unsuccessfully attempted to pull the driver, who was thought to have died on impact, from the minivan, Snr Sgt Benn said.

The tourists, a group of family and friends all thought to live in Hong Kong, were staying in Arrowtown after attending a family wedding and had decided to visit Milford Sound yesterday.

They left Queenstown about 10.30am and were heading down State Highway 6 when they decided to turn on to quiet Nokomai Rd to take photos of fish and the Mataura River.

Apart from the two teenagers, the passengers were all aged between about 45 and 55.

One woman was flown to Dunedin Hospital with a lung laceration, accompanied by another person, who has minor injuries.

The dead man's wife was flown to Southland Hospital in Invercargill with suspected spinal-cord injuries. She was in a moderate condition last night.

Victim Support and the Canadian and Chinese embassies were assisting police.

The remaining five patients were taken to Southland Hospital to be assessed.

Mr Downing said the incident happened on a ''very isolated'' road on a ''well-maintained'' single-lane bridge.

''I think they were extremely lucky given the circumstances of what has actually happened. There was extreme potential for more serious injuries to have evolved out of this incident.''

Mossburn Volunteer Fire Brigade Chief Fire Officer Lance Hellewell, of Lumsden, said the van came to rest on the driver's side and was partially submerged in the river, about 3m below the bridge.

He said the remaining passengers were ''very'' lucky to have walked away.

Nokomai Station owner James Hore said it was unusual for a minivan full of Chinese tourists to travel up the road, as it was not part of the usual tourist trail.

The one-lane road was not treacherous and just a typical ''high country gravel road''. It was the first ''major'' crash on the road in at least 10 years, he said.