'Part of the lifestyle': crash victim grew up riding bikes 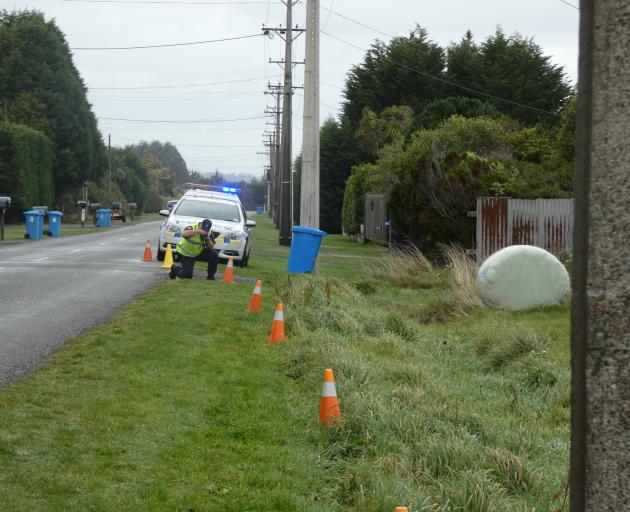 The Invercargill Serious Crash Unit cordons off an area on Watt Rd, Otatara, where 24-year-old Matthew James Lines-Gerrard died after his motorbike hit a power pole on Wednesday night. PHOTO: ABBEY PALMER
The neighbour of a 24-year-old man who died in a motorcycle crash watched the local boy grow up learning to ride bikes.

Road cones lined a section of Watt Rd, in the Invercargill suburb of Otatara, yesterday morning where Matthew James Lines-Gerrard lost control of his bike and hit a power pole at 10pm on Wednesday.

Neighbour Mike deReeper, who lives opposite the scene of the crash, said the accident was incredibly sad for the community.

"I don't want people to talk about the incident in a derogatory way; it was just really unfortunate and unlucky what happened."

Over the years, he had watched Mr Lines-Gerrard and other children in the area grow up learning how to ride motorbikes in the empty paddocks.

He said it was just part of the lifestyle and nothing out of the ordinary to hear the sound of someone "churning up a motorbike".

"It's just country life. It used to be chainsaws and axes and trees falling down; now it's motorbikes.

"There's always been an unwritten rule - there's no fast motorbikes during the day because we have children in the area."

He said at night it was more or less accepted for motorbikes to be ridden around when the streets were empty.

The Serious Crash Unit examined the scene following the accident and inquiries into the circumstances are ongoing.