Pipes and drums are in their blood 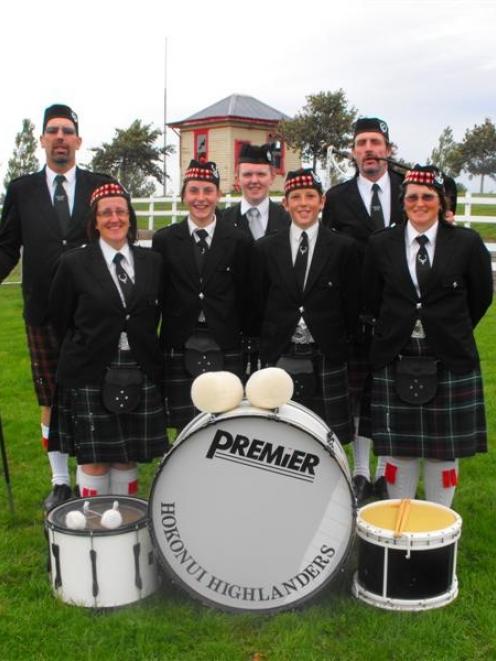 Brothers Jeff and Raymond, their wives Joanne and Gail and their children have come up through the ranks of the Mataura Kilties Pipe Band.

Jeff and Raymond's mother Rona enjoyed bagpipe music and had started to learn the chanter (the pipe on which the melody is played) and was keen to encourage her sons when they were youngsters.

It was not until the two brothers attended the national pipe band championships in Invercargill in 1973 with their mother that they were prompted to learn the music.
After the competition, Jeff said he and Raymond decided they would like to learn the drums. However, their mother said if they learned to play the chanter she would buy them a set of bagpipes each. So they quickly changed their minds and set about learning the chanter.

They both joined the Kilties Pipe Band and thoroughly enjoyed their piping experience.

Jeff had an 11-year break when he shifted from the area and Raymond had three years off but both came back and encouraged their families to become involved.

‘‘We started playing again and our wives got bored and thought they'd join us,'' Jeff said.
Jeff's wife Joanne is a tenor drummer and Raymond's wife Gail is a bass drummer.

Jeff and Joanne's daughter Rachel followed in her parents' footsteps as did Raymond and Gail's children Brayden and Kendell.

Rachel, a tenor drummer, had now joined an Invercargill pipe band to gain experience in a higher grade, Jeff said.
The two brothers have attended 10 national pipe-band championships each and Gail and Joanne have competed in nine national competitions each.

Rachel has competed at five national championships, Brayden at three and Kendell at one.

The family is keen to compete in the national competition, to be held in Masterton next March. Jeff and Raymond said they enjoyed the camaraderie the band offered, while Brayden said he loved the competitions.

The Kilties had always been a family-oriented band, Jeff said. Other prominent family names in the band had been Turnbull, Nicol, Bruce and McKelvie.

While the Kilties had been a strong band in the past and still had good numbers of drummers, the band was keen to attract more pipers, the brothers said. At present, the band has seven pipers and 10 drummers.

‘‘I'd like to see more young pipers come through,'' Jeff said.

The band offers free tuition to those keen to learn.
Raymond said being involved in the pipe band could teach young people discipline and teamwork.

- The Kilties practise on Thursdays between 7pm and 9pm. Anyone interested in joining the band can contact Jeff or Joanne on (03) 205-3753. 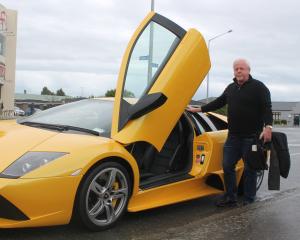