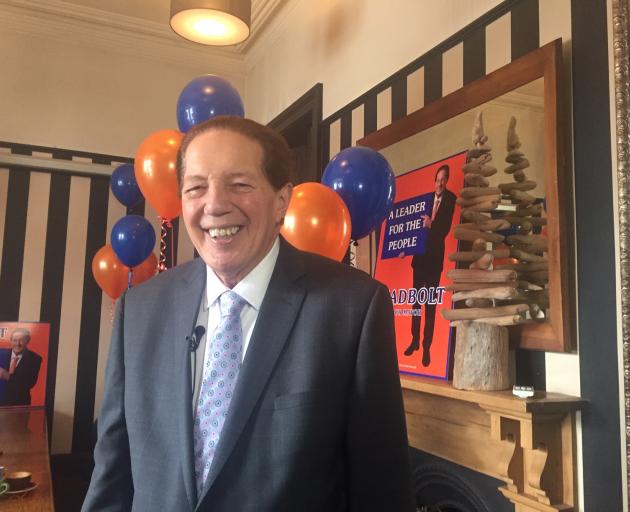 Meanwhile, two new councillors have been elected, Nobby Clark and Nigel Skelt. But with results tight, they could still change with only 150 votes separating Peter Kett from the next candidate.

Shadbolt was campaigning against three others for the top council role, and after votes closed at noon today the progress result put him at the top.

This would be his 11th term as mayor, having served two terms outside of Invercargill, meaning he will serve at least nine terms as Invercargill's mayor.

He was not reelected after his first term, but won the mayoralty back in 1998 and has retained it since.

The other mayoral candidates were Becs Amundsen, Darren Ludlow and Steve Chernishov.

As of when voting closed, election returns were at 50.23%, which sits at the average for Invercargill.

Sir Shadbolt said while it had been "quite a tough election", he was very proud and happy to have been re-elected.

While he missed out on the mayorship, Mr Ludlow said he had been re-elected for council.

"So, unfortunately this was not my time. Congratulations Mayor Tim on your re-election.

"I’m lucky enough to be back on Council and have the opportunity to serve there are another three years.

"Most grateful for the kindness and support many have given to us over recent weeks - it really has been very humbling."

Peter Kett is also likely to return to the Council table, having missed out in the last election.

Deputy Electoral Officer Michael Morris said it was important to note that today's results are progress results, with special votes, and votes returned on October 12, still to be counted.

"We know there are more than 800 votes still to be counted, and with about 150 votes separating Mr Kett from the next candidate, there is a possibility the final results may change."

Today’s progress results are based upon the counting of approximately 95% of returned votes.

Bluff Community Board candidates were elected unopposed, given there were an equal number of nominees as there are positions on the Board.

There will be no changes to the Invercargill Licensing Trust, with all incumbents re-elected.

Mr Morris said final results for the elections will be available by Thursday, 17 October.