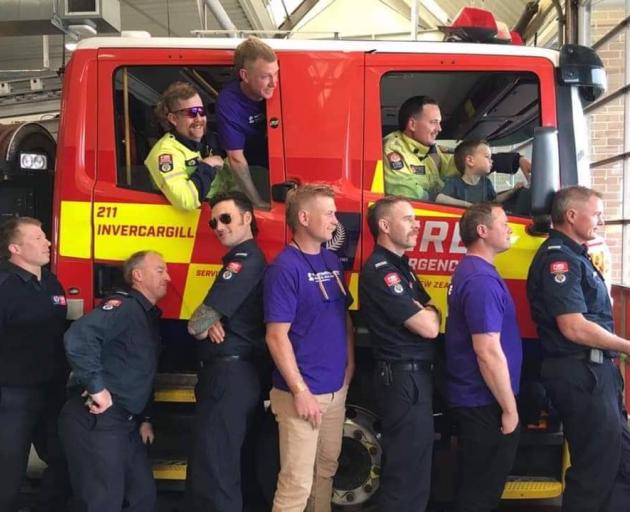 Since September, more than 80 people have been walking Southland's streets with mullets as part of the "Mullets for Mental Health" campaign.

Senior Firefighter Waka Miller said more than $7000 had been raised so far. There was one more month to reach the goal of $10,000.

Emergency services are often called to disturbing or traumatic scenes and it was important to take care of personal mental health, as well as be aware of the free resources available to everyone, Mr Miller said.

It was hoped the initiative would spread nationwide next year. Several firefighters across the country were already taking part.

Invercargill Hair salon Kaos has pledged to donate $10 for every mullet it cut.

Owner-operator Michael Diack said at least 50 people left with a mullet in the first three weeks.

"I reckon what they're doing is awesome ... everyone has to deal with something in their lives, it's healthy to talk."

An online auction posted by Invercargill crew member Anthony Haines is another fundraiser. The listing is a gold pan, signed by the Beets family from the television show Gold Rush.

"I worked this summer for the Beets camp and have brought this signed pan back with me to help with the fundraiser," he said.

The auction is due to end on the same night as the fundraiser, November 30, and had so far reached more than $700.

Anyone who wants to donate to the campaign can either head to Lone Star in Invercargill, Kaos, or the Facebook page, Mullets for Mental Health.