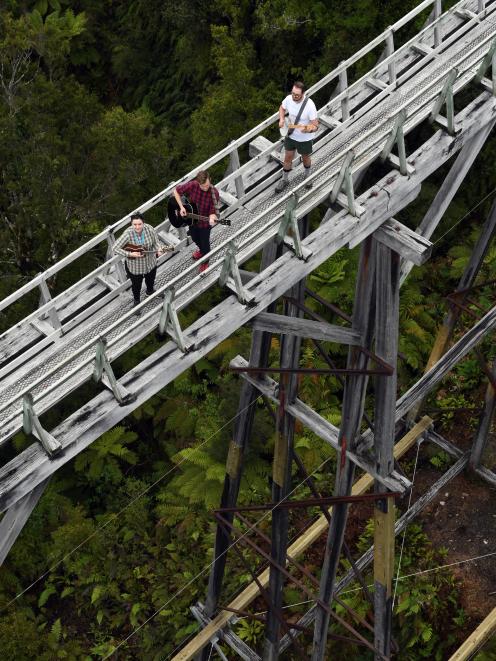 Invercargill group The Trio Keening, comprising Jamie Macdonald (banjo), Olivia Canny-McLeod (ukelele) and Daniel McLeod (bass), play 36m above the valley floor during the reopening of the Percy Burn Viaduct yesterday. Photos: Stephen Jaquiery
Hikers in Fiordland will get the chance to tramp across a  piece of  history  again, as the  Percy Burn Viaduct has officially reopened.

More than 50 guests were flown to the remote  landmark in the Southern Fiordland World Heritage Area yesterday  to celebrate the occasion.

Invercargill band The Trio Keening provided visitors with a unique soundtrack  and the festivities continued  into the late afternoon.

The 36m-high, 125m-long viaduct near Tuatapere is regarded as the world’s largest wooden mill tramway viaduct and is popular with walkers on  the Hump Ridge Track.

The viaduct was closed in 2013 by Doc  and a bypass put in place because of safety concerns over key structural elements.

It was  built in 1925 to help transport logs to the Port Craig mill.

The recent $710,000 restoration was made possible with a collaboration between Doc, the Southland District Council, and the Port Craig Viaducts Trust.

The viaduct was officially opened by Ken Sangster,  one of only two people born at Port Craig during its time  as a sawmill.

His father served as foreman at the mill and  his grandfather was  chief blacksmith. The chairman of the Port Craig Viaducts Trust, Tom Pryde, was thrilled with the restoration.

"We’ve been working on it one way or the other for 25 years."

Mr Pryde said  the restored viaduct would serve as a perfect base to start plans for its centenary in 2025. 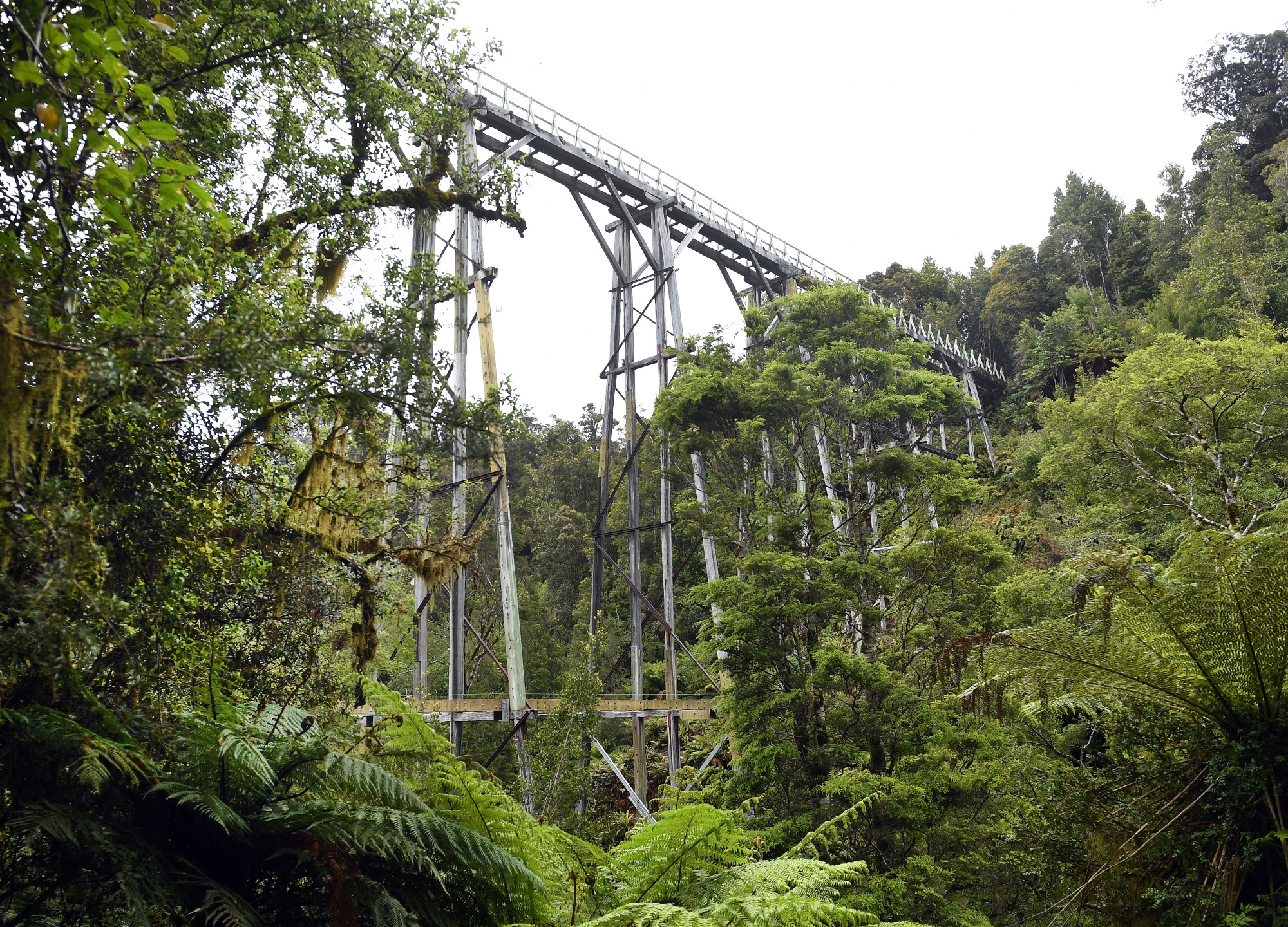 Restoration foreman Kevin Wheeler said  his crew of seven worked 11-hour days over two weeks, the workers living in a small hut  next to the viaduct.

It is  hoped the restoration will help the Hump Ridge Track’s application to be added to New Zealand’s Great Walks list.

Conservation Minister Eugenie Sage, who was at the opening, said the submission was still being considered and a decision was expected in the coming months.