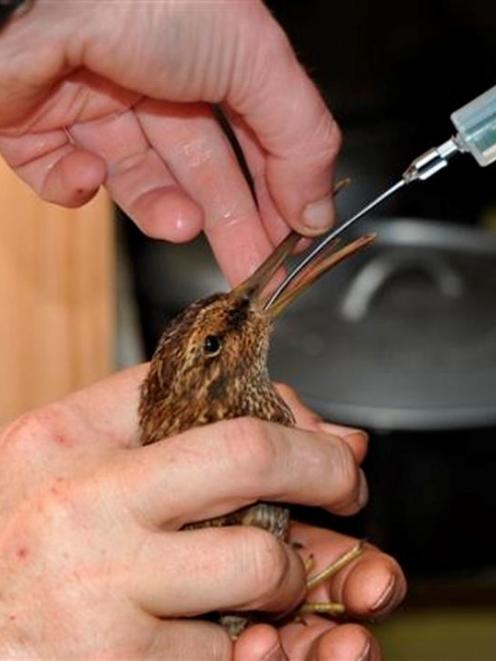 ''The birds are settling in well and should be ready to breed next spring and summer. We're excited about the prospect of this new population improving the chances of survival for the species.''

The snipe, also known as tutukiwi, is about the size of a thrush and has a long beak. It prefers to live on the ground, rather than fly.

Snipe were once widespread throughout New Zealand but were wiped out on the mainland and many islands by predators, mainly rats.

A total of 30 snipe were captured in hand-nets on the Snares Islands and transferred by boat to Codfish Island before being released on December 20. The transfer was funded by Tokyo Channel Six, which had a film crew making a programme about penguin behaviour around the Snares.

''This is great example of the department and commercial enterprise working together,'' Mr McClelland said.

''The film crew get their wildlife programme and we get to do our important work with species under threat.

''They were enthralled by what we were doing. They even took time out from their project to film ours.''

The transfer was the second, he said. Birds transferred from the Snares to Putauhinu Island off the southwest coast of Stewart Island in 2005 had grown to an estimated population of more than 500 birds.

It was hoped the newly-established populations would ensure the survival and genetic diversity of the species, he said.

While individuals from the Putauhinu Island population could have been harvested for the transfer to Codfish/Whenua Hou, best practice was to go back to the original stock to maximise the genetic diversity of the new population.