By Luisa Girao
0 Comments
The closure of the Tiwai Point aluminium smelter will potentially be the "biggest blow" the Southland economy has suffered, community leaders say.

Emotions ran high at the meeting as the region faced the potential loss of 2260 jobs and more than $500million annually from Southland’s economy.

The civic leaders also discussed how the region could respond and recover.

Great South chief executive Graham Budd came out from the meeting with a clear message:

"We have not given up yet."

"We can only imagine what the mood is like given the number of people affected in our relatively small community.

"There won't be anybody across Invercargill and the region that hasn’t been touched in some way directly or indirectly by this." 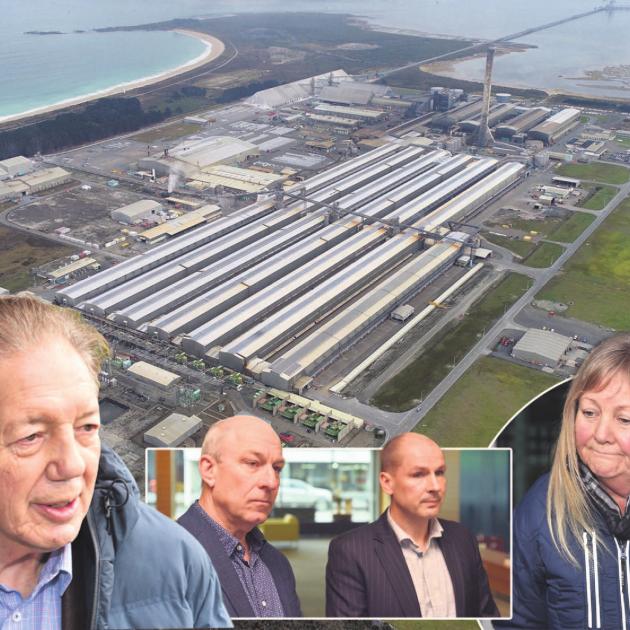 "It [the government] sort of accepts the decision has been made and has said nothing can be done about it."

Southland had "many strategic projects in play" to diversify and grow its economy, including aquaculture, he said.

"This will continue regardless but ... Those things will happen anyway and we need to fight to retain this business in Southland in first instance."

Mr Budd said he was "not angry" with the government, but he was determined to get it to engage.

Southland Chamber of Commerce board president Neil McAra agreed and said they wanted Prime Minister Jacinda Ardern and others ministers to visit Invercargill as soon as possible to discuss the implications of this decision.

Mr McAra said the smelter pumps about $90million in wages and $450million to the wider community annually.

"We want to fight to retain these 2260 direct and indirect jobs.

"We want some engagement from central government. The message from day one has been about fair power pricing and a level playing field."

A tearful National party candidate for Invercargill Penny Simmonds said the outcome would have a huge impact for Southland’s community.

He heard the news at the same time the announcement was made public.

"The first thing is the loss of jobs and that’s going to have a shattering impact on the whole region, and then of course there’s the small workshops, the engineering workshops in particular who have tendered contracts with the smelter, and the impact it will have on families and school.

"It is absolutely devastating."

After the meeting he said it was important local people were unified.

"It is what we are doing now. Getting the community out there.

When asked about Southland’s future, he replied:

"I like to think we are resilient. But it’s going to take us a long time to come back from this."