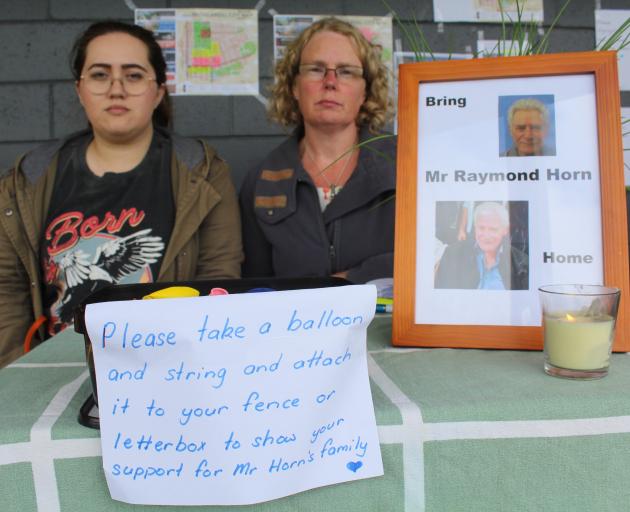 Invercargill residents Karissa Bridge (left) and Rachael Moriarty are two of about 150 volunteers who have been searching for 68-year-old missing man Raymond Horn. PHOTO: ABBEY PALMER
"I feel connected to him even though I don’t know him."

These were the words Invercargill resident Karissa Bridge spoke with teary eyes after another day of searching for 68-year-old Raymond Horn.

Last Monday, Mr Horn, who has dementia, walks with a limp and is non-verbal, went missing from Walmsley House, a rest-home in Richmond, Invercargill.

Teams of Land Search and Rescue (LandSAR) volunteers and police have been searching for him since — to no avail.

Last Friday, police released CCTV footage which showed Mr Horn on the corner of Yarrow and Mary Sts about 9.30am, just after he left Walmsley House, and then walking along Yarrow St towards Queens Dr.

The last confirmed sighting of him was captured at 2.10pm the same day, near the children’s playground in Queens Park. 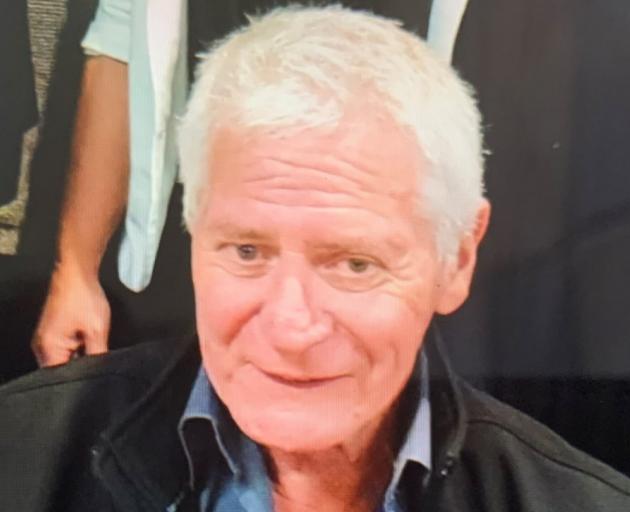 Raymond Horn went missing from his rest-home on February 15. Photo: supplied
At the weekend, search and rescue teams used helicopters, sniffer dogs, and even drained all of the park’s ponds in an effort to find him.

But it was not just the professionals on a mission to find the man.

Ms Bridge was one of more than 150 community members who had volunteered their time to find Mr Horn and encouraged others to look out for him.

It all started with a social media group, "Bring Mr Raymond Horn Home".

Founder Sue Hodson created it in response to the surge of concerned people who wanted to do more than just "sit at home and stress".

"We are very aware that we don’t want to step on anyone’s toes and have checked with the family, who support what we’re doing," she said.

"LandSAR and police are doing an amazing job, they’ve covered so much area and we want just to help."

For the past week, volunteers had rallied together — twice a day, and at times in wind and rain — to search Queens Park and its surrounds.

They had handed out and dropped flyers in letterboxes across Invercargill and were encouraging people to attach balloons to their fences in solidarity.

"It’s also about reassuring people we do care and we would look for them if they went missing.

"Elderly especially are worried that if it was them, no-one would come and find them."

Volunteers discovered many people had assumed Mr Horn had been found already, while others knew nothing about his disappearance.

"People are showing up to volunteer every day and every time. We’re trying to do anything we can. This gentleman needs to come home."

Detective Alun Griffiths said drone mapping of the area and search planning were under way yesterday.

An "extensive collation" of CCTV was also being reviewed.

"Physical searching will resume Saturday morning and members of the public will see a significant number of searchers in the area," Det Griffiths said.

"We would urge the public to continue to check their sections, outbuildings and sheds in the greater Invercargill area."

Police and LandSAR had plans to extend their search area in the coming days.

Mr Horn is about 160cm tall and weighs about 55kg.

He is thought to be wearing a black jacket, light coloured polo-style shirt, sweat pants or jeans, and gym or slip-on shoes with white soles.