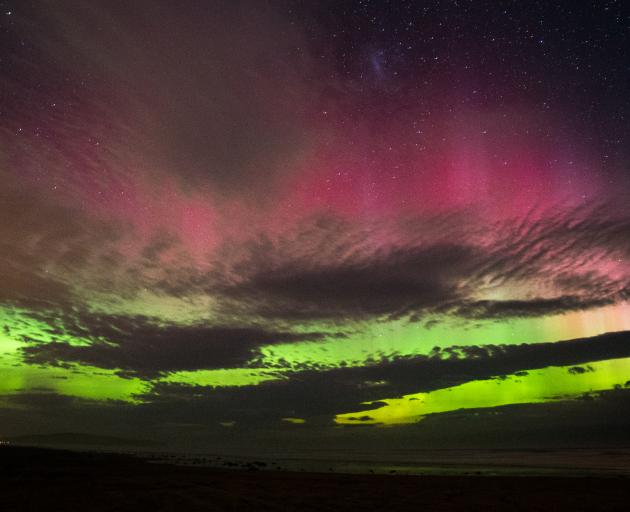 The Aurora Australis seen from Stewart Island/ Rakiura . Photo: Rebecca Wilson Jennings
Stewart Island/Rakiura has been officially recognised as the world's fifth International Dark Sky Sanctuary, and only the second island sanctuary in the world.

New Zealand is also home to the only other island sanctuary, Great Barrier Island. The other three sanctuaries are located in the United States and Chile.

"Stewart Island/Rakiura's pristine night skies are a rare treasure and through the sanctuary's enacted policies the area will remain a resource in a world where access to the night sky is becoming increasingly scarce,'' Mr Dalton said.

"We at the IDA sincerely appreciate the work of all the project's many stakeholders. Without their incredible efforts, this designation would not have been possible,'' he said. 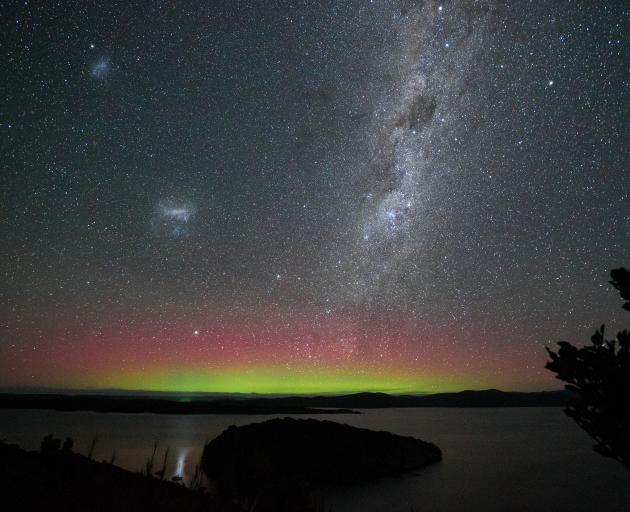 Venture Southland general manager for business and strategic projects Steve Canny said he was thrilled with the result which promoteed the Southland region as a top night sky destination.

"Achieving this accolade will bring a significant increase in tourism, increase employment on the island, encourage preservation of the unspoiled natural environment and have economic benefits for the whole region.'

"The international recognition of Dark Sky Sanctuary status adds to the attraction for potential visitors, offers opportunities to island tourism operators, and acknowledges the value that the Stewart Island/Rakiura community places on environmental protection. ''

To oversee the administration and advancement of Dark Sky principles on the Island, a Memorandum of Understanding between key parties has been established demonstrating unified commitment and support for the Sanctuary.

Venture Southland commissioned an assessment of the Stewart Island/Rakiura night sky in 2017 as part of a project to assess astro-tourism opportunities in Southland, and an application for Dark Sky Sanctuary accreditation was subsequently made.