Tiwai closure would have 'devastating' impact

By Luisa Girao
0 Comments
A Tiwai Point worker and mother of two says the potential closure of the aluminium smelter would be devastating for her and thousands of other families across Southland.

Technical specialist Bridget Young was one of about 100 people who attended the Southland Chamber of Commerce’s Fight for Fairness event yesterday in Invercargill.

Mrs Young, who has worked at Tiwai for five years, took her children James and Hazel to the event because she believed it was important to showcase the families impacted by the decision.

"It will absolutely impact the future of my children. From a family perspective Tiwai has been so good to me and that’s why I wanted to get the family behind this because they know Tiwai provide me security."

If the closure went ahead, there was a "high chance" she and her family would need to to leave the region.

"Contrary to comments in social media, I can’t work on a farm. Why would I give up everything that I enjoy doing to earn less money and do something that I don’t know how to do?"

Workers at the plant were "apprehensive’ but were trying to find strength and focus on doing their jobs with excellence, Mrs Young said. 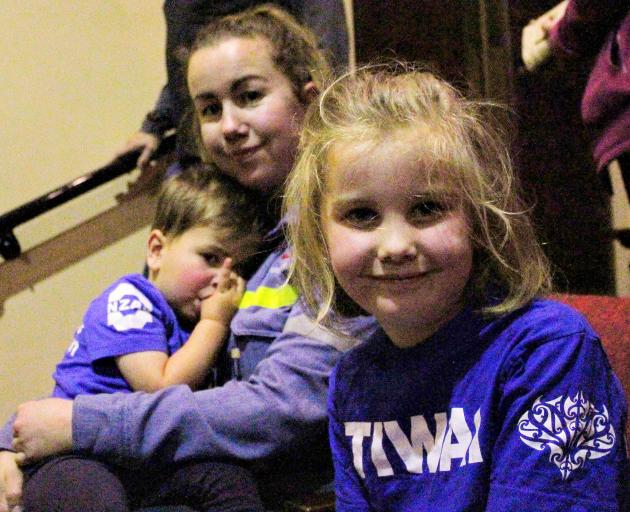 She said some people might think Rio Tinto was "bluffing" about its review, but New Zealand Aluminium Smelter chief executive Stew Hamilton said at the event it was the first time Rio Tinto had conduct a review at the plant and not a "crying wolf situation".

The transmission cost was the main factor — the company was paying $60million to $70million a year for this, he said.

"We absolutely should be paying for transmission. We use the service, we are a large consumer of electricity — we use about 12% of New Zealand’s power. However, we don’t think we should be paying such a significant amount for that service to get power from a dedicated powerstation to ourselves."

He said Tiwai and Meridian had a great partnership but over the years the value of the power station had grown to a point where Meridian now had a profit of more than $300million, while Tiwai’s profit was very small.

"Last year’s figure was $20million. We are not saying that we expect Meridian to lose money from the power station — we are just saying the partnership need to be rebalanced and fair."