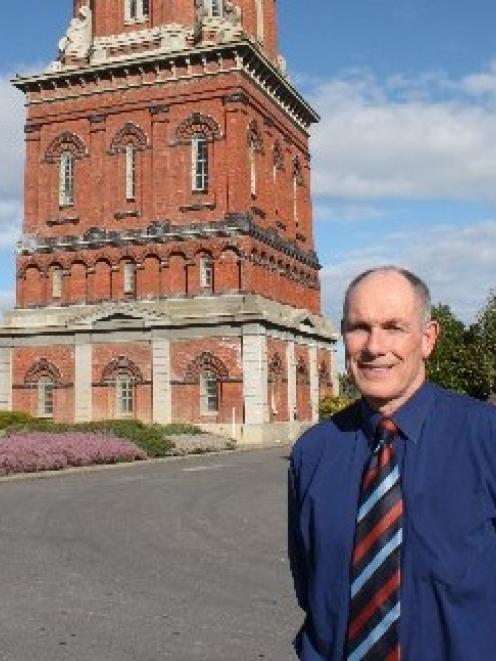 The central city water tower, built in 1889 of unreinforced brick, has been assessed as earthquake-prone and likely to fail in a moderate earthquake.

The cost of strengthening it and the neighbouring 1888 single-storey control building to 67% of new building standards has been estimated at $1.54 million.

Invercargill City Council water manager Alister Murray on Wednesday said it was evident the council would have to strengthen both structures or demolish them.

The water tower, which is still used for its original purpose, has been described as an architectural treasure and a prime example of Victorian architecture. It has a category one New Zealand Historic Places Trust listing.

Mr Murray said there would have to be discussions with the trust to determine what action the council would take.

However, he said he would be ''very surprised'' if the tower was demolished.

''I am certain there would be quite a lot of public comment if that happened.''

The other option was strengthening, which he said had ''financial ramifications''.

''We are not the only ones facing this. The earthquake-prone building issue has financial ramifications for councils and private owners up and down the country.''

Until last year the tower was a popular tourist attraction, with the public able to walk to the top and admire the view.

But it was closed in February because of earthquake safety concerns and engineering consultancy firm Beca Ltd was commissioned to undertake a detailed seismic assessment and strengthening concept plan.

Beca's report, discussed at a council infrastructure services committee meeting on Tuesday, said both buildings were assessed at 25% of new building standards. Buildings under 33% are deemed to be earthquake-prone.

The council's earthquake policy says buildings being strengthened should be upgraded to at least 67%.

The legislation is likely to require owners of buildings assessed at less than 33% to strengthen or demolish, with up to 25 years to do the work.

Mr Murray said because the water tower was close to streets and a bowling club, he expected the council would be given a shorter time to do the work.