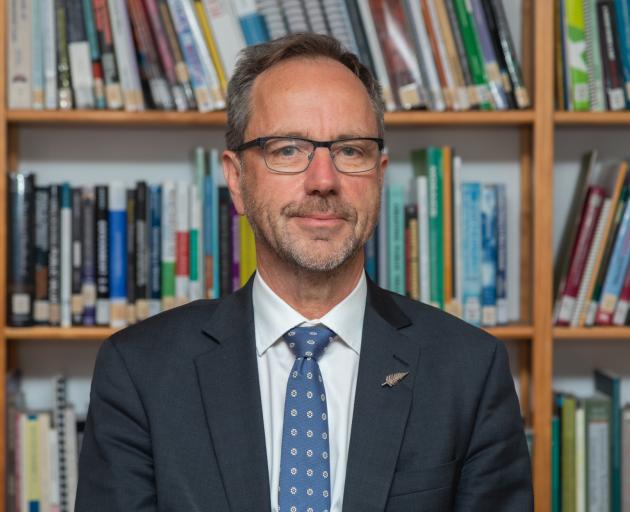 Auditor General John Ryan says there is currently a shortage of 250 auditors in New Zealand. Photo: Supplied
Three Southland councils are yet to release their annual reports for 2020/21 as the national auditor shortage continues to bite.

Meanwhile, the auditor general has confirmed some councils around the country won’t have their reports audited until early next year.

Invercargill City Council, who normally release theirs between September and October, are currently scheduled for approval on December 21.

Invercargill City Council group manager finance and assurance Michael Day said the council had been informed of a national shortage of auditor staff, which meant delays and timeframe extensions for most councils, including theirs.

Auditor General John Ryan said while the delays were unavoidable because of the Covid-19 climate, it was a concerning situation to be in because quality audits were important for public accountability.

“Maintaining trust and confidence in New Zealand’s public accountability system is of great importance to us,” Ryan said.

“Producing high quality audits is essential to helping the public and Parliament hold the public sector to account. The importance of this accountability has never been more apparent than during a time of high uncertainty and increased public spending.”

There is currently a shortage of 250 auditors in New Zealand, which began in 2020 when the border closed for Covid 19, he said.

Both the public and private sector were being stung by the shortage because the profession relied on bringing in auditors from overseas.

Ryan also said the industry was feeling the pinch with retention challenges, because a tight labour market for qualified finance staff meant auditors were being actively sought for other positions.

But steps were being taken to address the shortage. That included seeking secondments from the pubic and private sectors, engaging with offshore auditors to carry out work virtually.

Invercargill is one city where the shortage has been felt as the release of the city council’s 2020/21 annual report has been delayed. Photo: Matthew Rosenberg

The Office of the Auditor General also supported Chartered Accountants Australia and New Zealand’s efforts to give auditors a class border exemption.

For 2021 and 2022, Parliament extended the reporting time frames for local government and Crown entities to allow auditors to sequence their work over a longer period and maintain the quality of their work, Ryan said.

The few exceptions were public organisations that were unable to provide all the information needed for the audit in a timely manner, most often due to Covid-related restrictions.