Eugenie Sage
A member of the Southland Fish & Game Council may be asked to resign over "sexist" and "appalling" comments he made about female scientists during a meeting about whitebait fishing regulations.

The comments — which he said were not made in his capacity as councillor — have been criticised by Conservation Minister Eugenie Sage and Southland Fish & Game deputy chairman Lindsay Withington.

"I sat there one day and I thought, what I am listening to is a whole bunch of chick scientists, and if you really looked at the view that they were pitching, [it] was everybody in New Zealand should not shave their armpits, they should wear dreadlocks, and when they go whitebaiting they should do it in jandals only.

"And after they catch one patty for tea they should sit down, hold hands and sing Kumbaya.

"That was the feeling I got." 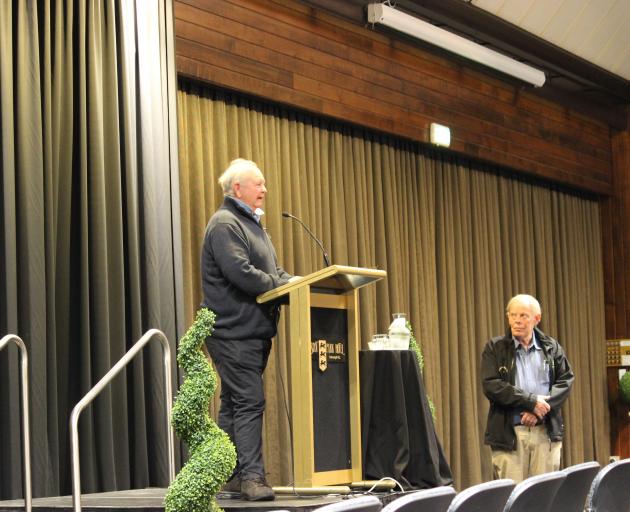 "The Southland Fish & Game Council is calling an emergency meeting to discuss Mr Cochrane’s appalling comments and an appropriate response, which may include seeking his resignation.

"I know that the Southland Fish & Game staff have the utmost respect for their Doc counterparts, work collaboratively on a number of issues and over the whitebait season actively assist with compliance activity. "

The "robust debate" over whitebait had to happen in a constructive way in which everyone involved, including Doc staff, were treated with respect.

"Whitebait are a cherished part of Kiwi culture. We want to ensure that whitebait numbers flourish, while maintaining a healthy fishery long-term."

The chairman of Southland Fish & Game had been in contact with her and said the comments did not represent the views of Fish & Game.

Mr Cochrane could not be reached for comment, but Stuff reported he yesterday apologised if he "caused anybody inconvenience or harm".

"They were not derogatory comments made at women in any shape or form ... It was creating the understanding of the feeling I’ve experienced through the [whitebaiters working party] process."

Interesting photo, Ken appears to addressing an empty room. It's a pity he used the language he used to express his frustration with the process though, he may well have had a valid point to make but now we'll never know.

I'll try to translate for the easily-offended snowflakes. Here goes: This guy is frustrated that the scientists being consulted by Doc are hard-left eco-ideologues. People who are over educated and have little or no understanding of recreational whitebaiting. He paints a vivid picture of a stereotypical eco activist.