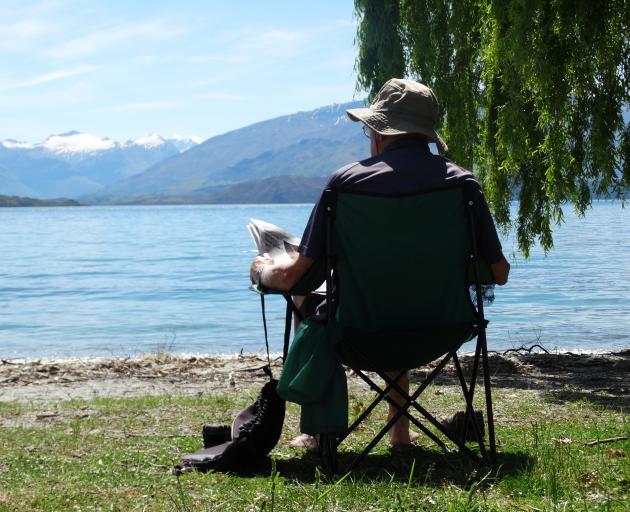 A visitor to Wanaka from Christchurch had Bremner Bay all to himself yesterday afternoon as signage prevented beachgoers from entering the water. PHOTO: MARK PRICE
Bremner Bay, at Lake Wanaka, remains closed to swimmers following a wastewater spill this week.

The Queenstown Lakes District Council had hoped water quality tests from samples would clear the area for access.

However, it was decided yesterday the beach would remain closed until further notice.

‘‘Water quality tests from samples taken yesterday at Bremner Bay following that morning’s wastewater spill have indicated that the area should remain closed for swimming and paddling,’’ a council spokesman said.

The council was alerted to the spill at the bay on Thursday and shut the beach as a precaution.

It was cleared soon after but wastewater may have discharged to the Bremner Bay outflow.

Council Three Waters contract manager Andrew Strahan said the initial results were ‘‘above what was safe for recreational swimming’’.

The restriction applied only to Bremner Bay.

A further update would follow over the weekend once remaining test results had been received.

Wastewater also spilled on to Kellys Flat Recreational Reserve, which was initially cordoned off.

Mr Strahan said the reserve was reopened soon after once the area had been decontaminated.