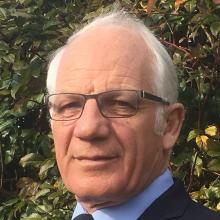 Businessman Jim Boult told Mountain Scene if he was elected he planned to stay a director of tourism giant Real Journeys and construction firm Hawkins Construction, which has a Queenstown office and is building the new high school.

``I have very good experience in managing conflicts in a whole lot of the roles I've had in the past and I intend to continue those involvements.

``I will review all my other roles and make a decision on those once I have been elected - but obviously there is absolutely no point in my doing so until I'm elected.''

Another mayoral candidate, film director Roger Tompkins, has a similar stance to Mr Boult - but a different take.

He is the sole director of companies Cranbrook Films and tourism company Our Man In New Zealand.

``My mayoralty's going to be my full-time job.''

But current deputy mayor Lyal Cocks, of Wanaka, who occasionally stood in for incumbent Vanessa van Uden, suggested the issue of company directorships might open up a can of worms. He also took aim at Mr Boult over his former involvement with failed company Stonewood Homes New Zealand Ltd.

``I wouldn't like to compromise my mayoral responsibilities to the community by having to step aside from significant issues because of a conflict that comes from being a director on some company, whether it be Real Journeys, Hawkins, or whatever.''

Mr Cocks sits on the Alpine Community Development Trust, the Chamber of Commerce, Lake Wanaka Tourism, the Dunedin RSA Welfare Trust and
is a board member of Wharf Developments Ltd, which runs Wanaka i-SITE.

He would resign them all, he said.

``I don't believe there's time to be a director of a company and be the mayor.

``We've got a classic example right now with Jim being investigated for his past directorship on Stonewood Homes.''

He said that investigation might be ``good or may be bad'' for the community.

``That's another really good example of why we shouldn't have mayors being directors of companies.''

Mr Boult replied if Mr Cocks' view was adopted no-one would be director of any NZ company.

``Lyal and others confuse badly the difference in the roles of governance and management - being a councillor and being a mayor is not about fulfilling executive function.''

He did not want to add to previous statements on Stonewood Homes. He previously told the ODT he welcomed a liquidator's inquiry into the failed company.

Mr Boult said he had already taken advice about keeping his directorships and, if elected, would discuss it with the Auditor-general.

Auditor-general Lyn Provost is already familiar with Mr Boult, having investigated his involvement, as property developer, in a loss-making deal at Luggate with Delta Utility Services, owned by Dunedin's council.

Her report said: ``In public office, having multiple roles and interests requires careful management. People with such interests need to behave with the utmost integrity and transparency to avoid real or perceived conflicts and risks to the public entities they serve.''

Businessman John Mann said he would resign all directorships, but was taking advice about whether to remain on the District Licensing Committee.

Kinloch's Al Angus said he had no positions that would cause conflict. - Mountain Scene