Disappointed to be leaving

By Mark Price
0 Comments
Ralph Fegan does not disguise his disappointment as he prepares to join the ranks of the recently redundant.

Mr Fegan has been facilities and maintenance manager at Wanaka Airport for the past two years, and was manager for more than a dozen years before that.

Tomorrow is his last day.

Speaking to the Otago Daily Times at the weekend, Mr Fegan said he was disappointed not to be around to see Sounds Air start up its proposed air service between Wanaka and Christchurch.

"The reality is they should have been here two years ago, when they wanted to come, but politically that hasn’t happened.

"Hopefully, it will very, very soon." 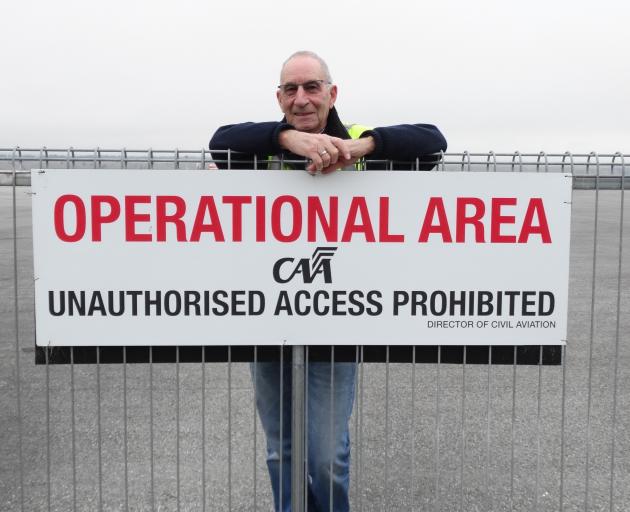 And he is disappointed at the thought of not being around for Nasa’s next high-altitude balloon launch — if it happens — next Easter.

"The biggest highlight of my time here has been the involvement with Nasa.

"It was a hugely humbling experience to be out on the launchpad."

He understands Nasa is considering the possibility of launching two balloons instead of one at future launches from Wanaka.

When Mr Fegan took over as manager, only about 30 people worked at the airport.

Now there are more than 300 people in a long line of hangars.

And, if the airport’s operator, the Queenstown Airport Corporation, has its way and builds facilities for commercial jets, there will be hundreds more to come.

However, he believed Covid-19 had pushed back the airport’s development by "many, many years".

New technology was likely to reduce the impact of a busy airport — particularly the introduction of small electric aircraft, he said.

"They will come and go and nobody will even know, unless they look into the sky and see them."

Mr Fegan is staying in Wanaka and looking at a few job prospects.