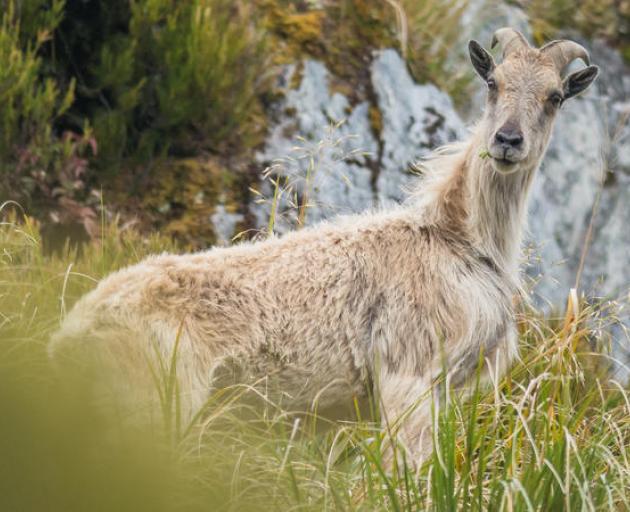 Photo: Department of Conservation
The controversial Himalayan tahr control programme has begun in the Southern Alps.

A High Court decision last week gave the Department of Conservation approval to carry out half its proposed tahr eradication plan in the Aoraki/Mount Cook and Westland Tai Poutini National Parks.

On Thursday, Doc began 60 hours of helicopter shooting of tahr in the national parks, and another 65 hours will be carried out in other areas of the conservation estate.

It must consult hunters and other stakeholders over what further control work is done.

Operations director Ben Reddiex said yesterday thousands of bull tahr and other tahr would be left for trophy hunters across 425,000ha of public conservation land.

"High localised densities of tahr can damage alpine habitats by transforming tall tussocks and subalpine shrublands to a grassy turf or bare ground."

"Not only are we working around alpine winter weather conditions, but in just a few months a new generation of tahr will be born, putting further pressure on the environment."

He considered the control work would have a "minimal effect" on the commercial hunting industry, which mostly operated outside the national parks.

"Outside of the national parks we’re only controlling high localised densities of female and juvenile tahr, leaving tahr in more accessible areas for hunters, and leaving all bulls for trophy hunting."

All bull tahr sighted by the Doc staff outside of the national parks would be recorded to help trophy hunters plan their future hunts, Dr Reddiex said.