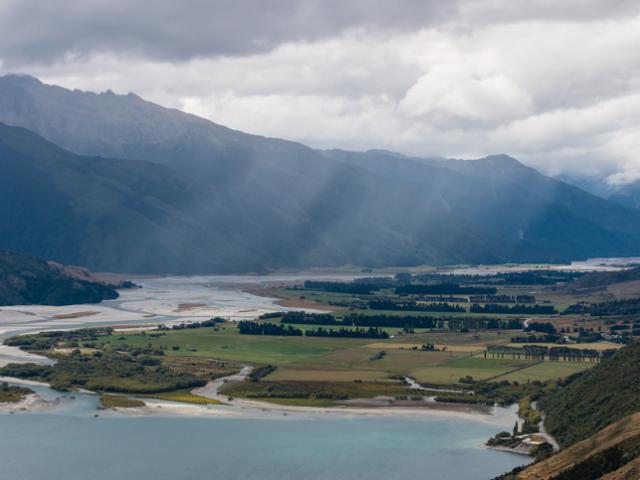 The Makarora River flows into Lake Wanaka. Photo: Getty
A Dunedin forest worker has been convicted for breaching August’s lockdown, after going jet-boating near Wanaka with a group of mates.

Martin Karl Nolan (30), admitted failing to comply with the Covid-19 Public Health Response Act by gathering at Makarora while New Zealand was in Alert Level 4, on August 20.

Prosecuting sergeant Ian Collin said police were conducting a Level 4 Covid patrol on State Highway 6, near Wanaka, on August 20 and observed two jet-boats on the Makarora River at 9.55am.

Police went to the boat ramp where they saw two vehicles parked, with boat trailers attached.

A local resident was also present, concerned people were jet-boating on the river.

Sgt Collin said police then observed two jet-boats travelling together across Lake Wanaka to the boat ramp — one had three people on board, the other had four.

When spoken to by police the group members admitted driving about 40km to Lake Hawea to launch and travelling, by boat, about 40km up the Makarora.

Sgt Collin said the area the group travelled to was considered remote — "historically, search and rescue responses in the area have required significant multi-agency responses".

Should the group have got into difficulty, any such response would have resulted in emergency services popping their own bubbles, he said.

Nolan admitted breaching the restrictions, but denied breaching his living bubble because the group had been residing together since the beginning of the lockdown.

Sgt Collin said all seven were initially charged; however, three had since been offered diversion, contingent on them completing a first aid course and paying $300 to a Wanaka foodbank.

Nolan’s lawyer, Paige Noorland, said the defendant already had a first aid certificate, had no prior convictions of a similar nature, but accepted he should not have been engaging in that activity at that time.

He was compliant when spoken to by police and admitted the offending at an early opportunity.

"You’ll be aware during Covid Level 4 lockdown, there were people who gave up going to funerals of loved ones, and you couldn’t give up taking your boat out."

He was sentenced to 60 hours’ community work.