Major upgrade on way for school 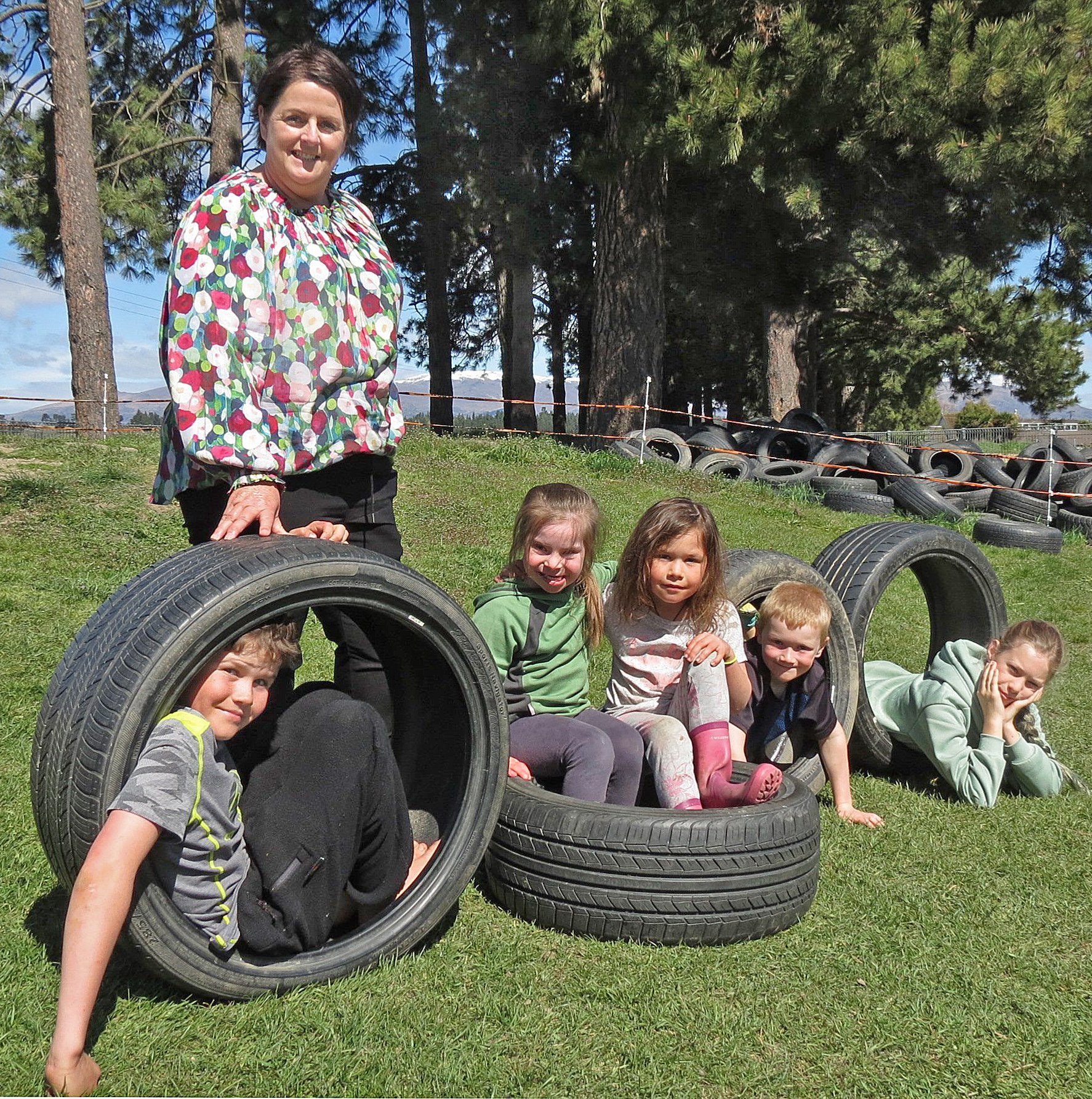 Hawea Flat School principal Tania Pringle with pupils (from left) Max Gollop (10), Lilyana Chittock, Marley King (both 5), James Merrill (7), and Mckenzie Smith (10) near the site to be occupied a by a block of four new classrooms to be completed by mid 2022.PHOTO: JARED MORGAN
A long-awaited upgrade is planned for Hawea Flat School, including four new classrooms, to accommodate its burgeoning roll.

Principal Tania Pringle said construction work would begin later this year and should be completed by mid next year.

The school, which has a total staff of 25 including teachers and support roles, had been accommodating pupils in temporary classrooms and had been coping, but the situation was close to ‘‘borderline’’, Ms Pringle said.

The main feature of the upgrade is a new building housing four classrooms, which would be built in the corner of the school bordered by Kane Rd and the school’s bike park.

The roll growth classrooms were approved by the Ministry of Education (MoE) in 2019.

The 400sqm building will also include four shared learning areas, a kitchen, an outdoor wet-play area, and toilets accessible from both inside and outside.

A small portion of the bike park next to the school would be needed for the building, to ensure retention of the green space in the rest of the school.

The bike park fencing where it borders Kane Rd and St Ninian’s would also be improved and additional vegetation planted.

Improving the school’s essential infrastructure, including electricity, wastewater disposal and fire-fighting capability, was another aspect of the upgrade.

Six water tanks for fire-fighting would be installed and the wastewater disposal field enlarged and relocated away from the junior school playground, to the pine tree area of the bike park.

The pine trees would be removed to make way for the new wastewater disposal field and the trees sold as firewood to raise funds for the school.

Pathways would also be built around the school to improve access when the grounds are wet and muddy.

About half of the bike park will be closed while construction is under way, to enable the building team to set up a base without disrupting learning and play at the school.

Ms Pringle said the upgrade is a MoE project to meet the educational needs of pupils in the school’s area, which is experiencing rapid population growth. Planning for it began about two years ago. The school zone covers Queensberry in the south to the neck of Lake Hawea in the north.

Longer term upgrade plans include new physical education equipment storage during the next two years, along with reinstating the edible garden and upgrading the pump shed for potable water supply.

A master plan for the school was being developed with the MoE to determine maximum pupil numbers, which Ms Pringle expects to be up to 500.