Musos band together in support

Wanaka musicians are coming together for a benefit concert today for the Christchurch terror victims’ families. Pictured are organisers (from left) Henry Smeaton, Helen Carter and Helen Bell, all of Wanaka. PHOTO: SEAN NUGENT
A group of Wanaka musicians have organised a 12-hour benefit concert for the victims of the Christchurch terror attacks, with the hope of raising "as much cash as we can".

The concert today, held first at the Lake Wanaka Centre outdoor auditorium, then later at Water Bar, will feature at least 10 local bands ranging from jazz to a DJ.

The idea for the event came from Henry Smeaton, a former Christchurch resident. After "planting a seed" in the Wanaka musicians Facebook page last weekend, he found himself swamped with support.

"So many people have jumped on board, it's amazing. It's been a real community effort to get it this far."

Mr Smeaton said Christchurch had been hit "really hard over the last decade" and the concert seemed like a way to help.

"You feel a bit helpless after hearing about something like that [the attacks] and I guess if you can find a way to bring some people together and offer our time and resources it's the least we can do."

Fellow organiser Jeff Sinnott said they hoped to get "as much cash as we can from Wanaka" to go to the victims' families.

"We thought that bringing people together in a musical sense was a great way of people both expressing emotion and to help raise funds for the victims' families."

Victim Support would be on site, and local businesses had donated prizes to be drawn in a raffle.

Other funds would also be donated to the national Give A Little page.

"The more people that come along the more we can raise.

The concert begins at 1pm at the Lake Wanaka Centre outdoor auditorium and runs until 6pm there, before switching to Water Bar, where it will continue from 8pm to 2am. 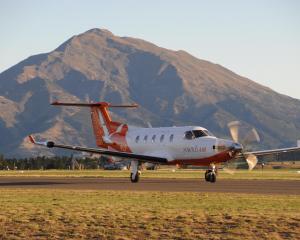