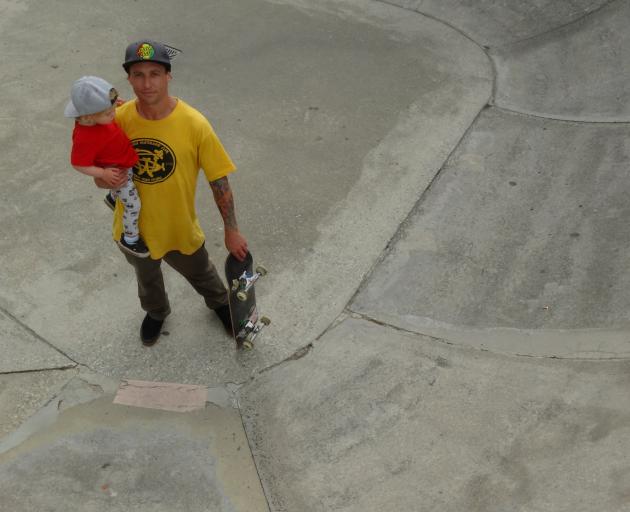 The repairs were confirmed as part of the Queenstown Lakes District Council's amended 2018-19 capital works programme, approved at its full meeting in Queenstown last week.

The reforecasted budget included a new allocation of $200,000 to go towards an ''urgent refurb'' of the Wanaka Skate Park to permit the decommissioning and replacement of two of the original bowls built in 2002.

A council spokesman said both the skating community and council contractors had noticed issues of deterioration in the original parts of the skate park in recent years.

''Opus were engaged to undertake an assessment of the park in October of this year and what it would take to return it to its world-class standard.

''Repairs include decommissioning and removal of the existing stage one precast bowls, replacing with in-situ concrete bowls. There are also minor repair works like filling in cracks and grinding away hazardous lips and edges,'' the spokesman said.

While it is unknown when the repair work will begin, it is welcome news for Wanaka Skate Club president Tom Peden, who said that the large cracks which had formed across the park in recent years had put skaters in danger.

''There's big cracks all over the park between the joins in the prefab pieces of concrete that the park was built with.

''Some of them are pretty bad. We, as a skate club, have been fixing them as best we can for five to six years, but it always comes away. It needs a proper repair, a professional repair.

''They're definitely dangerous for sure. Your wheel stops dead in them. I've been hurt because of it; it's quite annoying.

''Winters are cold down here and summers are hot so that doesn't do wonders for concrete either.''

''It'd be good to see the council do something sooner rather than later, for sure, because it's getting more and more use as every month goes by.''