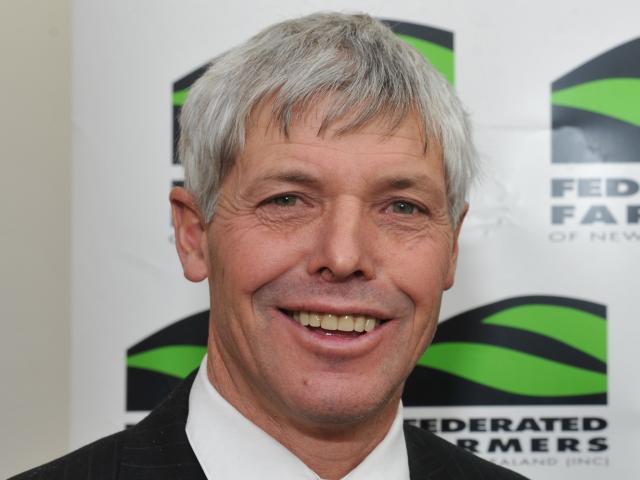 Phill Hunt.
Otago farmers are being asked ''to keep an eye on their partners and neighbours'' as the stress from the drought, or what has been termed a medium-scale adverse weather event, continues.

Otago Federated Farmers president Phill Hunt said the rain last week was a big boost to the farming community but ''it's not over yet''.

''The rain and the cooler temperatures have been very welcome; in particular the rain has filled up a lot of dams both for stock water and for irrigation.''

''People who have put infrastructure in for irrigation have been staring down the barrel of not being able to use it; a very expensive clothes line is how it was described to me by one farmer.''

He said the biggest issue facing farmers now was an overall lack of feed for stock both in the short term and long term.

''It is going to be a real juggling act to get stock through the winter. You either have to sell capital stock, and that is stock you would normally keep, or you have to buy in feed or re-sow failed crops, all of which has a cost.''

''If you don't sell quite enough and you run out of feed at the end of winter then you can have animal welfare issues,'' he said.

Mr Hunt said he had already sold off some stock from his Maungawera sheep and beef farm but he was hoping a winter crop he sowed in November would provide some feed.

''It is starting to come through the ground now which is encouraging, but obviously we have only had three months of growth so we will only get half a crop, but it is good that it is there.''

Mr Hunt said for most Otago farmers, it will be spring before they ''turn the corner''. That meant that some farmers were under stress.

He said both he and Rural Support National Council deputy chairman Gavan Herlihy will meet the Minister for Agriculture, Damien O'Connor, when he tours Southland farms today ''to keep the adverse event in the forefront of his mind.''