Appeal to PM for emergency 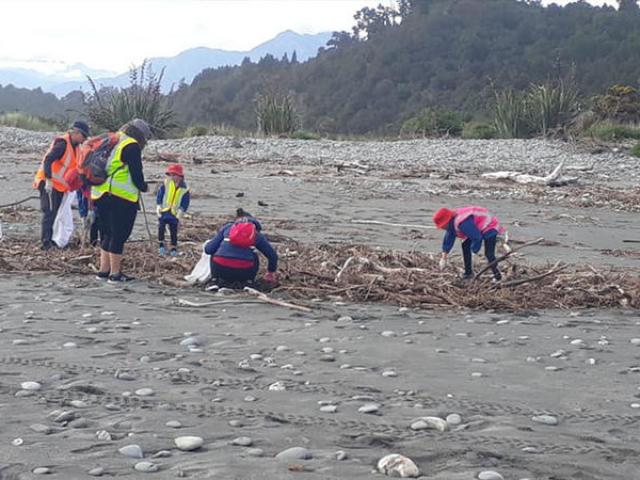 The Westland District Council called off its clean-up yesterday, as the money had run out.

It warned that the response to the March 26 flooding event in Westland already represented a potential 13% increase in rates.

It confirmed yesterday that contracted work had been suspended, but volunteers are still being engaged.

Last week the conservation board visited downstream of the old dump site, and has now written to the Prime Minister, Conservation Minister Eugenie Sage and Environment Minister David Parker, among others.

"The [board] considers this situation to constitute an emergency and it is clear the response needs to be scaled up as a matter of extreme urgency," board member Jonathon Clearwater said.

Volunteer efforts had cleaned up the worst of the rubbish from the beaches. However, the clean-up efforts on the riverbed and the containment of the landfill itself had not been adequate, he said.

The Fox Glacier landfill was in an old river channel directly below Mills Creek, the largest moving slip in the country, in a catchment that could receive over 9m of annual rainfall.

"The lack of progress made in the last two months clearly signals to the [board] that an adequate response is beyond the capability of Westland District Council, the lead agency for the response."

The board asked for additional funding and expertise.

The Volunteers continue the clean up, economically enhancing the SouthWest, so let's have less anti 'greenie' talk.