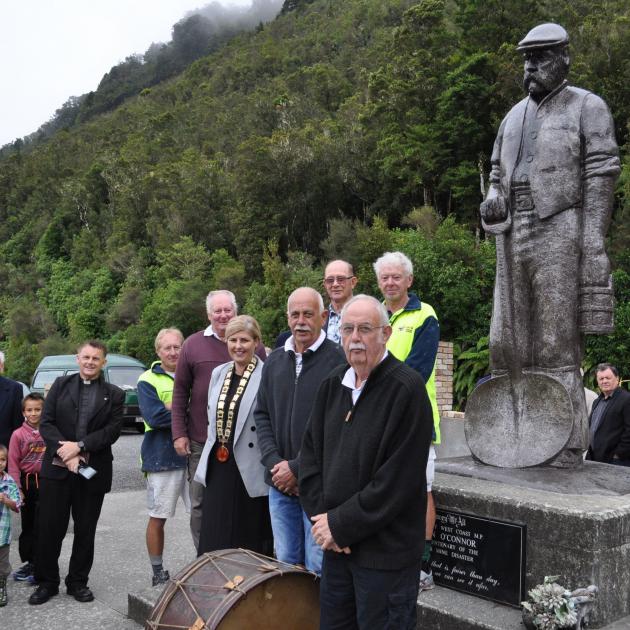 It is the worst industrial disaster in New Zealand and left 230 grieving widows, children and parents — and many West Coast descendants.

At 9.30am on Thursday, the time of the explosion 125 years ago, descendants of the miners who lost their lives four miles underground, stood in silence at the memorial site beside the Grey River.

Dobson resident Neville Roberts said: "It was very emotional for myself and my brother Peter, along with everyone who was there. Our great-grandfather John Roberts and his three sons William, Samuel and Daniel were all killed in the disaster. Our grandfather was the underground manager on the shift and young Daniel was just 15 years old."

As rescuers headed underground after the explosion, the anxious crowd shook their hands and bid them "Goodbye" in case they were killed by a second explosion.

From 11 o’clock the rescue team began bringing out the bodies, working in shifts because of the gas. Many rescuers were brought out unconscious. At one stage, 27 rescuers needed resuscitation.

All bodies were recovered, and a mass funeral service was held three days later at the Stillwater Cemetery, the funeral procession stretching for half a mile.

The nearby Coolgardie Mine reopened about three weeks later, and the affected Brunner Mine two months after that.