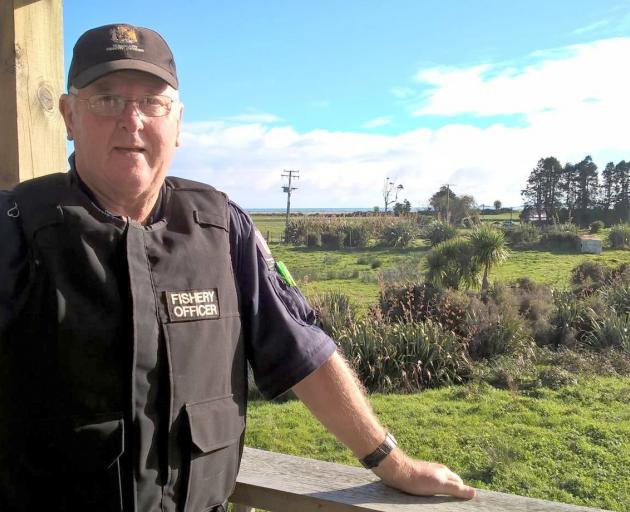 Barry Nicolle has been in the Ministry of Primary Industries role for five years, having responsibility from Jackson Bay to Karangarua.

Mr Nicolle has seen a change this summer, there being far more boats on the water.

He believed fishers sharing YouTube videos was encouraging others to visit, mainly from Central Otago but also a few from other parts of New Zealand.

The most common breaches he saw were the taking of undersize paua, crayfish and blue cod.

Penalties for such breaches start at $250 per person, rising to $500 for more serious offences, and everyone in the boat must pay.

Mr Nicolle said that he often approached people to educate them about the requirements.

"It saves me a lot of paperwork, and them a lot of grief."

He showed a boy fishing off the Jackson Bay wharf some crayfish he had confiscated, which he had alive in a bucket. The boy released them into the water.

He also gives out badges to youngsters.

An fisherman himself, Mr Nicolle said his main motivation was to preserve the fishery, which was partly in decline.

"I want people to be able to enjoy it and all catch something." - The Greymouth Star